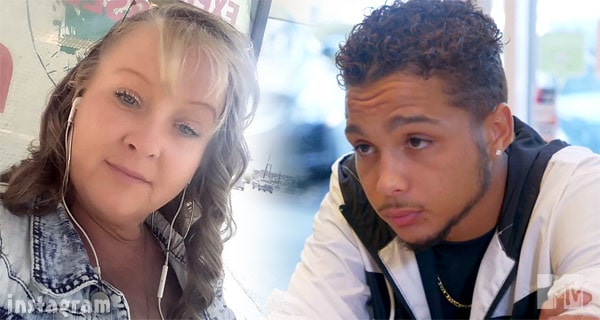 Teen Mom: Young and Pregnant dad Bariki “Bar” Smith is currently struggling with the murder conviction of his older brother Troy Seales, as well as the ongoing appeals process, and last night he received more bad news as his foster sister was reportedly shot multiple times in East Oakland.

God i got a call One of the kids i raised was shot last night ugh i hate being this far bit momma is coming baby. She is okay tjank god . i wish theu would al get the hell out of there and come to live out here this is gonna be one of them days smh

That announcement came after another post in which Shen seemed to indicate that she was trying to get in contact with her son Bar, but because of all their recent drama, he was not answering her calls. “Someone tell my hard headed son it’s an emergency call,” Shen wrote, adding that “his phone is off.”

Shen later participated in a Facebook Live session with the Teen Mom Mama Drama (Unfiltered) Facebook page in which she shared additional information. “One of the girls I raised was shot last night — three times,” Shen said. “But she’s OK. I talked to her this morning and she’s doing good.”

Shen explained how she feared for her life whenever she would walk with her children to McDonald’s or to the park while she lived in Oakland. “That type of violence is why I left and came to Vegas,” she revealed.

East Bay Times reported on a shooting of a woman last night, which I assume is the same incident. That shooting happened at approximately 8:51 PM Friday night in the 2000 block of 80th Avenue in East Oakland. The 28-year-old victim “told police she was walking when she heard gunshots and saw that she had been wounded.”

She was, of course, taken to a local hospital. More from East Bay Times:

Police don’t have a motive yet for the shooting and are trying to determine if the woman was the intended target or was hit by a random shot. No arrests have been made.

I should point out that Shen gave birth to five children of her own, but she basically raised and took care of 47 CHILDREN! And she did that in a VERY difficult environment with gang violence, drug dealers, and more all around. Shen has spoken about all of her children many times on various social media platforms, revealing that she would often take in kids that were friends of her children that were living in cars or had a terrible home life. Shen would clothe and feed them and try to provide a more stable home environment. (It’s really a mind-blowing story for someone as blessed as me that grew up in a very stable middle class family.)

So far Bar has yet to react to the shooting on social media.

UPDATE – The blog associated with the Facebook group provided an update that includes the information from East Bay Times as well as the shooting victim’s name:

“Teen Mom Mama Drama can confirm that Bariki’s sister J Weez was shot,” the site states. “J Weez was apparently walking when gun shots were fired. She was wounded and taken to a local hospital. The police are still investigating the situation.”

I checked J Weez’s Instagram account and she posted several videos from an event being held at San Leandro Marina Friday afternoon. The event abruptly ended after someone fired a gun into the air causing a panic. That incident took place a little less than three hours prior to her shooting.

Here is a video report: