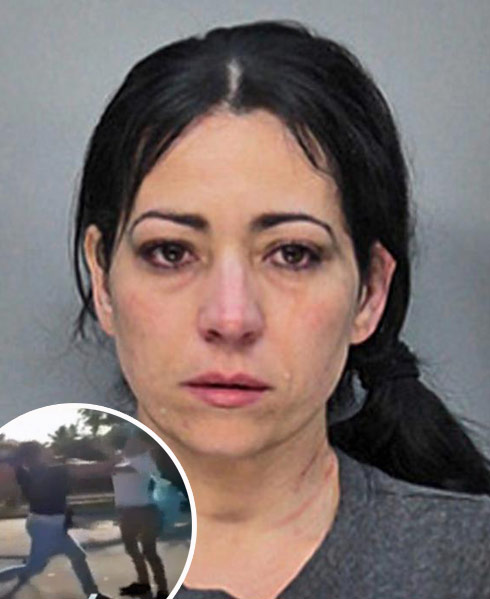 A Florida mom was arrested after she got into a violent fight with a middle school-aged girl she claimed was bullying her daughter and the crazy scene was caught on cell phone video.

Irisdaly Rios, the mother who is seen on the video slapping and punching 12-year-old Ashley Perez in the parking lot of Hialeah Middle School, told NBC6, “This girl bullies my daughter every day.” She added that she thought Perez was looking to pick a fight with her daughter on the day that the video was recorded.

Perez spoke with the station as well and admitted that she and Rios’ daughter had argued in the past. She believed that Rios was looking to mediate the situation and that’s why she approached her vehicle. “That’s why I walked to the car, because usually, if it was another mother, she’ll be like, ‘Oh, what’s happening to my daughter. Let’s fix this up,'” Perez said.

Here’s the original raw footage video – as you might imagine, it contains scenes of graphic violence and adult language:

Perez said that as a result of the altercation she has scratches on her back, a chipped tooth and that her head was still hurting. In Rios’ booking photo (above), there are visible scratches on her neck as well.

After using the video to identify both Rios and Perez, Hialeah Police arrested Rios, 35, and charged her with simple battery. Hialeah Police spokesman Carl Zogby said, “Everybody loses here. We’d rather people go to the proper authorities if there’s bullying going on. Go to your school. Call the police before it gets to this point.” 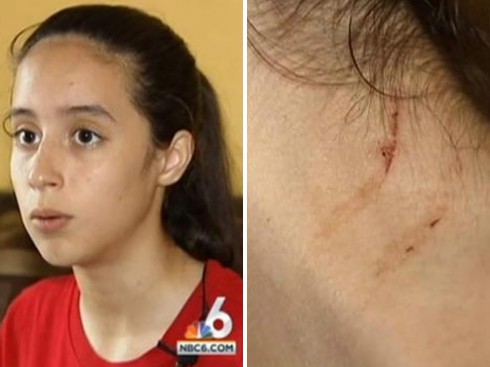 According to CBS Miami, two different witnesses stated that Rios was the aggressor. Damian Portal, the 8th grader who shot the footage (and unfortunately started yelling World Star), said, “She [Rios] got out of the car and saying she was going to hit or whatever.  She started holding and touching her and then she backed away, she approached her and started swinging.”