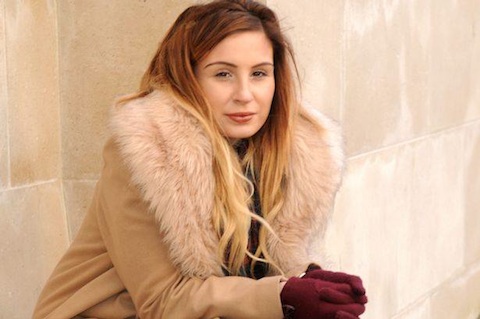 A homeless man named Robbie has sparked the goodwill of observers the world over, with his selfless gift to a stranded British student.

Here’s what went down. Dominique Olivia Mercedes Harrison-Bentzen, a student and events & planning intern at the University of Central Lancashire, lost her bank card after an evening of festivities in Preston.

She had no cash, and realized she therefore had no way of paying cab or bus fare to get back home. As she stood at the ATM, a homeless man named Robbie approached her, asked what was wrong, and offered her his last three pounds–about $5 US–to pay for a cab.

Harrison-Bentzen actually refused the man’s money. But, when she did arrive back home, she found herself so moved by his act of kindness that she resolved to start a fundraising campaign to get him off the streets.

As she put it on her GoGetFunding page:

I set on a mission to find this man, the more I spoke about him the more kind gestures I learnt about such as him returning wallets untouched to pedestrians and offering his scarf to keep people warm. That’s when I decided to change Robbie’s life and help him, as he has helped many others.

So far, Harrison-Bentzen has raised over nine thousand pounds for Robbie. Her goal is for 12,500–the equivalent of almost $20,000.

To further raise awareness about Robbie and the general plight of homelessness, Dominique and a crew of friends and volunteers staged a 24-hour fundraiser on Tuesday, where they spent the entire day living as homeless people on the streets of Preston.

If you’d like to pledge something to help her cause, you can visit the “Robbie: Preston’s Homeless Hero” GoGetFunding page. Be warned, though: As of this writing, the page is overloaded with visitors, and shows only the following message (in itself a fitting tribute): “We are very sorry, but we are experiencing an unusually high number of visitors. We are attempting to address the capacity issues. Please try again later.”