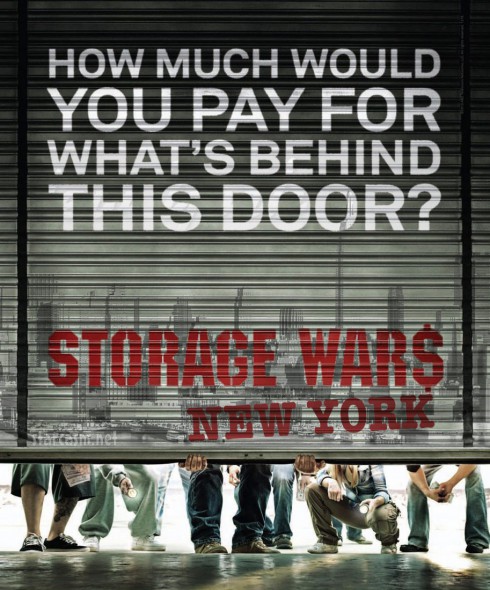 A&E’s popular reality show franchise Storage Wars is growing faster than McDonald’s! With it’s flagship show centered out of California continuing to dominate the ratings and it’s second installment in Dallas, Texas following close behind, producers have decided to expand into the huge east coast markets of New York City and Miami!

Metal Flowers Media, who handles the casting for Storage Wars as well as other series such as The Colony, Trading Spouses, and Extreme Trucking, quietly made the casting announcement in April of 2011 and Barry Weiss recently confirmed the expansion in an interview earlier this week.

“They’re going to do a Storage Wars in New York and most likely Miami,” Barry told Sun-Sentinel.com in an article published Monday.

Here was the casting notice posted on the Metal Flowers Media web site:

GOES TO MIAMI AND NY!!

The hit A&E series “Storage Wars” is coming to New York, Miami, and returning to Los Angeles! We are looking for legitimate buyers to be on the show.

Are you a repeat buyer at storage auctions?

Do you own a thrift, second hand, or antique store?

Are you a treasure hunter, professional collector, savvy picker?

Do you dream of hitting it big or just like the thrill of the chase?

We want to hear your story, and put you on “Storage Wars”!

Apply now for your chance to be on Storage Wars New York.

NOTE: You must be a legitimate junker, picker, buyer, antique-er, etc.

We are looking for unique and charismatic characters with great stories.

Male and female buyers over the age of 18 are encouraged to apply.

* NOTE – This posting was made almost a year ago, so obviously there’s no use in applying now because I’m sure they have their cast.

Although I’m not usually a big fan of reality show franchise expansions (How many Real Housewives shows are there now?) but Storage Wars is unique in that there isn’t really much repetition. Each and every storage locker is unique, and more shows just means we get to look at more storage lockers! And I love the addition of New York City because who knows what you’ll find in those units!?! Miami is nice because of the amount of wealth that is there – I imagine the units will be similar to those in California with a tad less Hollywood memorabilia.

My only worry is that they will try to go overboard with casting “personalities.” I don’t want to watch a bunch of people that are trying really hard to be eccentric and charismatic or heavy-handedly controversial. Insincerity and inauthenticity are the bane of reality show expansions, and I hope Metal Flowers Media is able to weed through the fame seekers and Barry Weiss imitators and find some entertaining folks that really know and love bidding on abandoned storage units!

(Seriously, can you imagine what sort of stuff turns up at New York City storage unit auctions?!?)