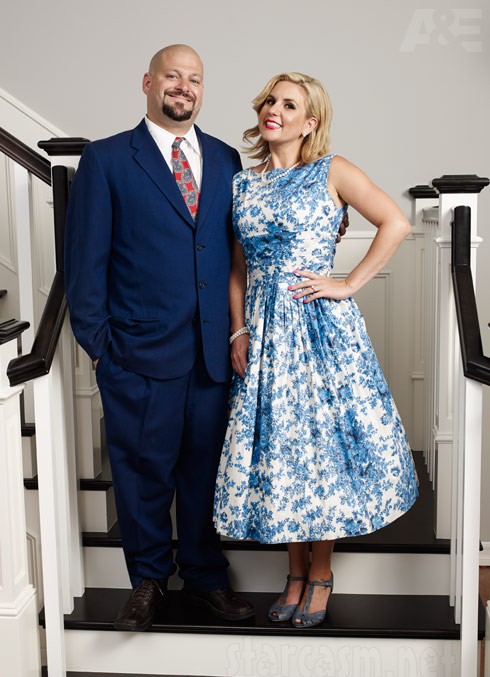 After years of sharing their work lives with millions of viewers, Storage Wars super couple Brandi and Jarrod have finally allowed A&E cameras into their personal lives in their new spin-off series Brandi & Jarrod: Married to the Job — and believe me, their personal lives get pretty dang personal! On tonight’s episode, Brandi and Jarrod decide they should try to eat a little healthier, but judging from this preview clip, the motivation was mostly Brandi’s:

I’m fairly certain that this is the first ever mention of “cleanse rape” on national television! And I don’t even want to see the fallout after Brandi’s sweating leads Jarrod to make the unwise choice of declaring, “I feel like you’re going through ‘the change.'” Except, of course, I do want to see the fallout! 😉

Brandi has always seemed to be a bit self-conscious about her body, despite the fact that she has amassed quite a huge following of male admirers since first appearing on Storage Wars in 2010. It appears that perhaps the cleanse and dieting has strengthened her self confidence a bit because the reality star recently shared something the world had never seen before: a Brandi Passante bikini photo! 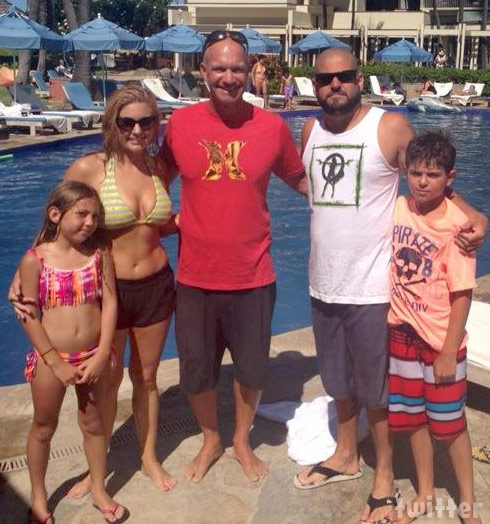 Brandi posted the photo, which features a whole bunch of healthy lookin’ peeps, including Jarrod in an Outlaw Apparel tank top and the couple’s children, daughter Payton and son Cameron, as a “Throwback Thursday” picture along with the caption, “#tbt I miss Hawaii” It’s unclear just how old the photo is, but Payton and Cameron don’t look that much younger, so I’m guessing it was from the last couple years.

Now we can all just sit back and wait for Jarrod’s Speedo pic.