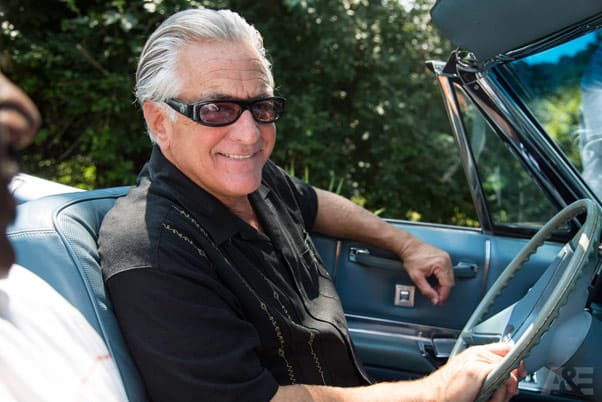 When watching your first episode of Storage Wars it doesn’t take long to realize one of these folks bidding on abandoned storage units is not like the others. Dubbed “The Collector” by A&E, Barry Weiss is an eccentric personality with attire and the transportation to match. Barry seems to pull up to each and every every episode in a different vehicle from his apparently endless collection of antique and custom cars, trucks, and motorcycles, sporting his trademark skeleton gloves and custom West Coast Chopper glasses – not really looking for things to make money on so much as looking for unique and collectible items to add to his collection.

So how is Barry able to afford buying all those lockers when he usually only keeps one or two items, or even nothing at all? Internet rumors suggest he is a former Hollywood producer, which isn’t that far from the truth spelling-wise. The real answer, believe it or not, is produce.

Now 60 years old, Barry made his fortune along with his brother Joey Weiss selling wholesale fruits and vegetables. “I owned a produce company,” Barry tells AOL in an interview, “and we exported and imported, my brother and myself. I did that for years.”

The name of the produce company is Northern Produce (or Northern Produce-Mushroom) and it’s still open and located at 5354 E. Slauson Avenue in Commerce California. Here’s a Google Maps street view photo of Northern Produce – you can see it there in the back and in the inset: 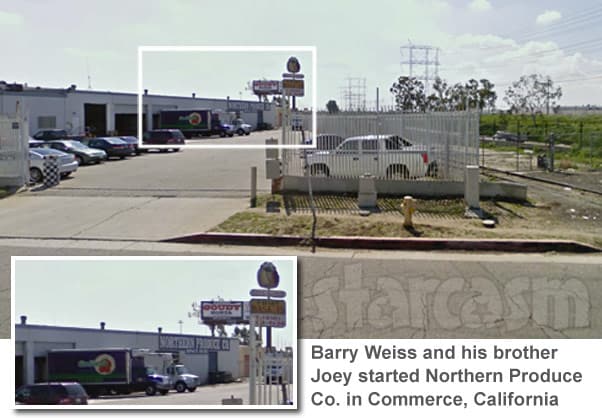 According to the company’s website Joey is still the CEO. He delivers this message on the home page:

Northern Produce is a wholesale produce distributor serving Southern California since 1938. We have earned a reputation of the highest quality fresh produce coupled with unmatched service. We strive to be the eyes and ears of the chefs we supply. Our level of communication competitive pricing has allowed us to develop long term “exclusive vendor” relationships with some of the finest properties in California. The northern Produce team looks forward to the opportunity of serving as a strategic partner in your food service operation.

You can keep up with Northern Produce on Facebook as well, where they share amazing photos of some of the exotic produce they have available. (I can certainly see Barry Weiss getting excited about fiddlehead ferns, red flesh dragon fruit, and fairytale squash, can’t you?)

UPDATE – Barry Weiss is getting his own show on A&E! Click for details about “What Are You Worth?” 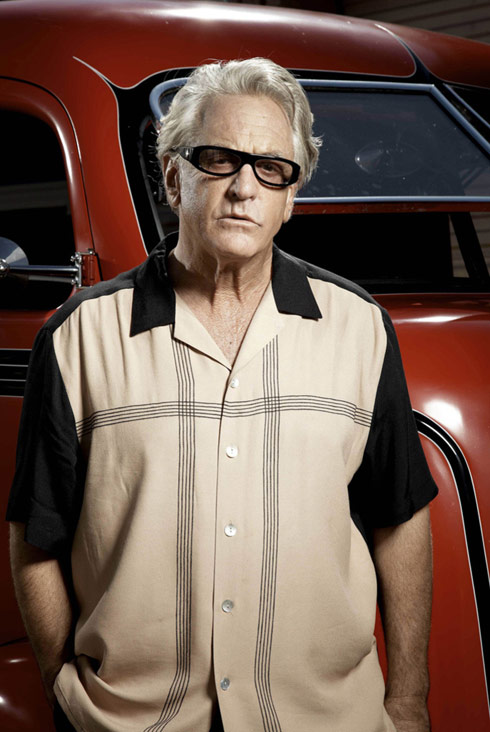 So when did the collecting start, and is Barry still pushing produce? “I’ve been an antique collector my entire life,” he says, “and I was in the produce business for 20‑25 years, and I retired about four years ago. I just was traveling around the world and enjoying life, really.”

UPDATE – Click here to see a blond, long-haired version of Barry Weiss when he was living the life of a 1980s wholesale produce rock star!

According to CelebrityNetWorth.com produce is a great way to support a collecting hobby because they assess Barry Weiss’ net worth at right around $7 million. (Of course, that’s if he sold off all his custom cars, skeleton gloves, and rose-colored chicken glasses.)

And how does a retired produce salesman with a penchant for collecting wind up a huge reality star with a perpetual stream of Facebook marriage proposals? “The way this opportunity came along was a close friend of mine, Thom Beers, who is the creator of the show, was over one night. I don’t know, we were having a few drinks. He said he was working on something with these storage lockers, and would I like to be a part of it? And basically that’s sort of how things unfolded.” Yuuuuuuuup! That sounds pretty much exactly how I imagined it went down!

In the interview Barry also addresses whether or not he keeps or sells most of the interesting things he finds in the storage lockers and why his approach seems so much more laid back than the others. “Well, that’s my problem … that’s why I don’t make as much money as the others, because if it’s cool, and I enjoy the item, I’m going to keep it … if it looks as if I don’t take (the business) as seriously as the other guys, it’s probably because I don’t. The other guys do it for a living, and they should take it seriously. But I don’t actually do it for a living. So to me, it’s just more fun.”

Barry’s joy is absolutely palpable on the show with his bizarre and humorous antics (such as using a psychic, a little person on stilts, night vision goggles and a remote control helicopter camera to inspect the lockers) as well as his clever commentary and catch phrases (I like to call them “Weiss cracks”). But is he really having fun or is it just for show? “Yeah, are you kidding? I really am, and as long as I continue to have fun I’ll continue to do it.”

And as long as Barry continues to do it, millions will continue to watch! (It’s the number one rated show on cable on Tuesday nights, btw.) You can watch Barry and the rest of the cast of Storage Wars Tuesday nights at 10/9c on A&E. 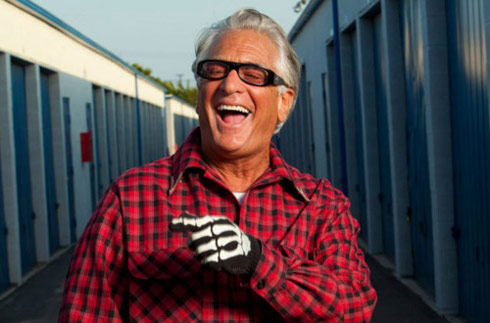