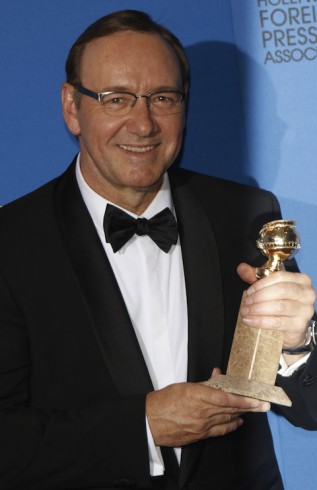 The newest season of Netflix’s biggest hit premieres three weeks from yesterday. That means it’s fewer than three weeks away! That is super close, you guys. And, as usual, the show’s producers have kept the specifics of this season’s plot under a pretty tight wrap. The two brief trailers we’ve gotten so far tell us almost nothing. No one involved with the show is saying much.

One thing we knew as Season Two came to an end was that Doug Stamper, Frank Underwood’s chief of staff and fixer and right-hand man, was not in good health. He had just gotten his head bashed in but good by a brick that Rachel Posner wielded with two years’ worth of pent-up anger and frustration. And devotees of the show further knew that Tim Stamper, Doug’s counterpart on the original BBC version of House of Cards, died at the end of that show’s second run. So it seemed logical to conclude that Doug wouldn’t be around long.

We can now confirm that Doug’s dead. Two pieces of information let us know: the first is an Q&A showrunner Beau Willimon gave via Twitter, during which he said it was “pretty evident” that Stamper wouldn’t be coming back. And the second is the fact that Michael Kelly, the actor who portrays Stamper, filmed two movies while HoC‘s third season was shooting, and recently announced his casting in a third: The Secret in their Eyes, starring Nicole Kidman, Julia Roberts, and Chiwetel Ejiofor.

So, at this point, it seems the real question isn’t whether or not Doug dies, but what the effect of his death has on the Underwoods. Doug knew everything (or almost everything) there was to know about the terrible stuff that the Underwoods have done. His death means there are fewer people to connect them to that stuff…but it will also raise a lot of questions about what the President’s chief of staff was doing in the middle of nowhere with a fleeing ex-prostitute.

The other spoiler pertains to the first episode of the season–”Chapter 27,” for those of you keeping track at home. IMDB lists the actor Kelly AuCoin as a new member of the cast, playing one Gary Stamper. And some potentially nefarious, potentially clever contributor has uploaded a plot synopsis for the episode, which–as of press time–read as follows:

Claire discovers that a drone with stealth technology is being used to track the sexual, clandestine excursions of Capital Hill targets. The developer of the classified tracking technology was a school friend of now-President Frank Underwood.

Regardless of the specifics of the upcoming season, it should be some good, old-fashioned, dirty fun seeing the Underwoods scheme and squirm once more. The new season drops on Friday, February 27th. Are you excited? What are you hoping to see with the newest batch of House of Cards episodes?