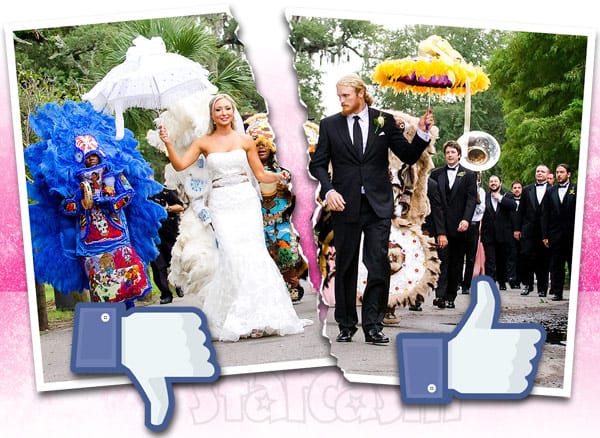 Southern Charm: New Orleans star Reagan Charleston announced on Monday that she and husband Jeff Charleston have split up. The announcement came less than 24 hours after the Season 1 finale of the show, and not long after Reagan graduated from law school. The jewelry designer and future lawyer has since come under fire by fans of the show who are accusing her of being a “gold digger” and “bailing because things got rough.”

Reagan did not take the criticism lying down as she took to Instagram and Twitter to defend herself, in addition to all women who are “being chastised, generalized, name-called, marginalized, or degraded” because of a break up.

Reagan begins her statement by asserting that she is “Team Charleston. No matter what,” before continuing.

“I’m taking a lot of heat for my separation from [Jeff],” Reagan reveals. “People can call me a gold digger or say I’m bailing because things got rough, but there is much more to our story… changes that happened after the cameras stopped rolling,” she explains.

“Bottom line: I’m a professional woman who, with my partner, made a decision to make positive changes in our relationship and lives. People — women in particular— should be free to re-evaluate their marriages/lives without fear of being chastised, generalized, name-called, marginalized, or degraded. Period.”

As Reagan continues to speak at length about the split (the initial break up statement to People was actually a statement credited to just Reagan, not her and Jeff together), her estranged husband Jeff remains silent — seemingly quite savvy about how the court of public opinion is very similar to quicksand in that struggling and flailing about often only makes things worse. 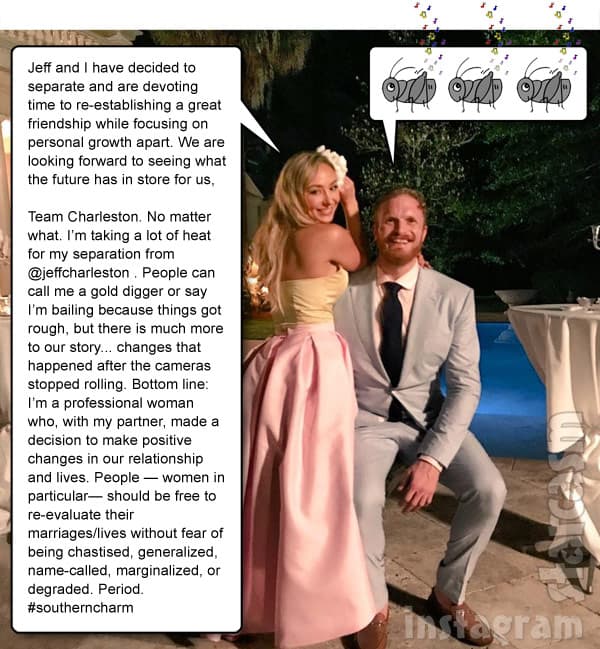 Jeff’s social media accounts have remained inactive since just before the announcement.

UPDATE – Well, I jinxed it! Actually, Jeff has remained silent, but just after this post was published he retweeted part of Reagan’s statement above before offering his opinion of the recent Solo Star Wars movie:

Team Charleston. No matter what. I’m taking a lot of heat for my separation from @jefecharleston . People can call me a gold digger or say I’m bailing because things got rough, but there is much more to our story… changes that happened after the cameras stopped rolling. pic.twitter.com/8ii4MS0C97

Solo was good! Better than most of the stuff post trilogy

35-year-old Jeff, a former NFL player, and 30-year-old Reagan were married in 2012. Although they did have a pregnancy scare on the first season of Southern Charm: New Orleans, they do not have any children together.