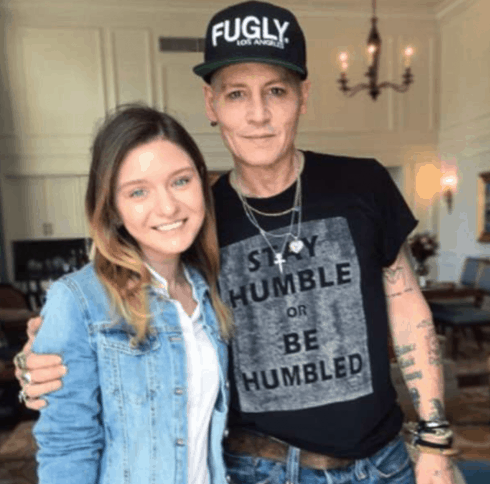 The public has been in a bit of a panic since seeing pics of Johnny Depp sporting a new look. He appears to have lost some weight, but he’s also clean shaven these days, which may create an illusion that he has lost more weight than he actually has. There’s been a lot of wild speculation about his health so his camp has responded with a statement about how Depp’s doing.

The main photo sparking speculation in one where Johnny Depp posed with makeup artist Katerina Kurt, who posted on Instagram: “Thanks to my best work in the world for the opportunity to meet such amazing people!” Social media was soon abuzz with worry that he was ill.

Sources have talked to multiple media outlets to report that Johnny is “fine,” “healthy,” and “having a great time on the tour playing with the guys (His band The Hollywood Vampires with fellow rockers Alice Cooper and Joe Perry.)”

Fox News has a source that also says Johnny is doing well, but admits that his divorce from Amber Heard and financial setbacks have taken a toll on the actor and musician. It should also be noted that touring with a band can really burn some calories.