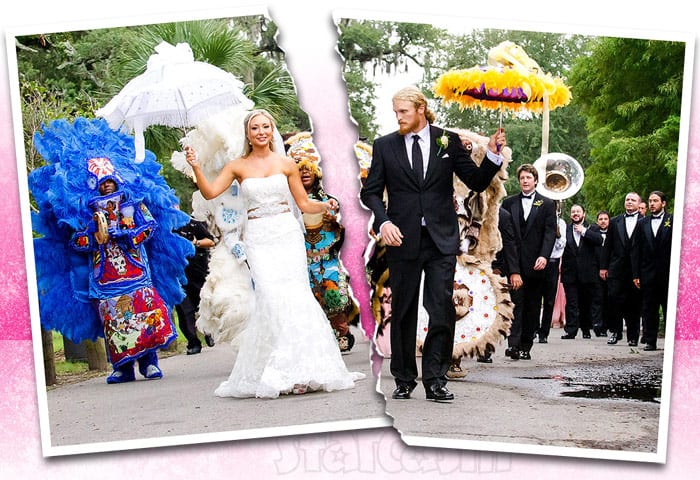 The reality show relationship curse struck Southern Charm: New Orleans quickly! Less than 24 hours after the finale of the show’s first season, couple Reagan and Jeff Charleston have announced they are splitting up after six years of marriage.

“Jeff and I have decided to separate and are devoting time to re-establishing a great friendship while focusing on personal growth apart,” Reagan told People in a statement earlier today. “We are looking forward to seeing what the future has in store for us,” she concluded.

Reagan did not mention divorce in her statement, and a source tells People that the two have no plans to divorce at this time.

The crumbling of Reagan and Jeff’s relationships played out on screen this season, with Jeff’s family issues and Reagan attempting to complete her second year of law school — which motivated her to get a separate apartment.

Reagan spoke with People last month and revealed just how bad the timing was as far as filming the show and her relationship with Jeff:

We’d been working with the network and planning to film for quite a while and it just seemed that everything fell apart right as we started shooting. It hit the fan, let’s put it that way. I was in the middle of my second year of law school, which is arguably the most difficult. Jeff and I had tremendous problems with his family. It took a toll on us, and it was very difficult but I found that school had become sort of an outlet. Watching that, I can see that I don’t feel like myself and I can see in some moments that I was upset. So that’s been tough.

Jeff has yet to make a public statement about the split, or comment on it on social media. Reagan made one subtle reference to the break up (I assume) on both Twitter and in her Instagram story earlier today with a photo of a cup that includes the words: “You can’t pour from an empty cup. Take care of yourself first.” 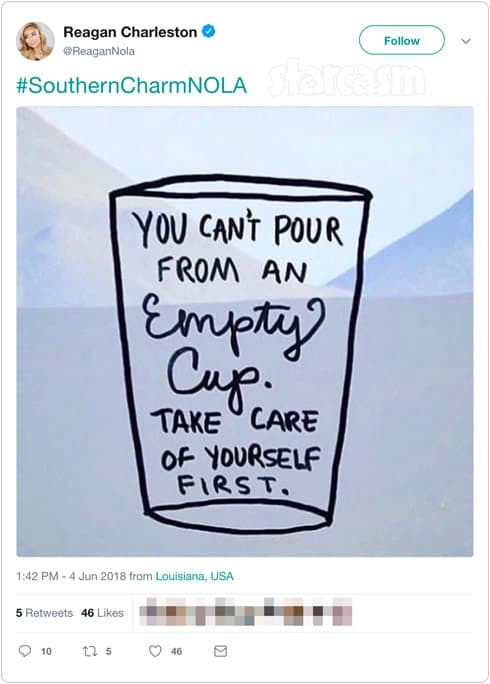 Reagan has since graduated from law school and hopes to pass the bar exam and start her own law practice. According to Jeff’s Instagram profile, he has become a certified coach for USA Weightlifting.