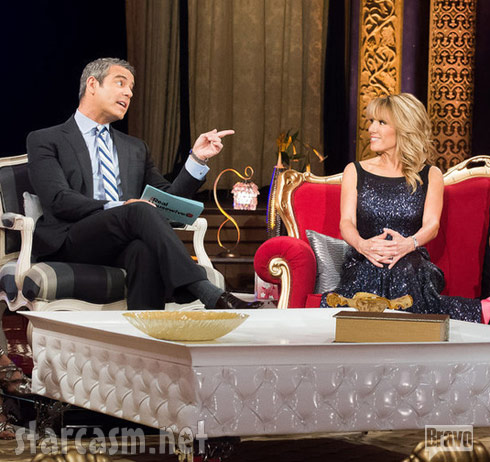 The Real Housewives of New York City‘s Ramona Singer has always prided herself on being willing to openly talk about just about anything in her life (which makes for a very entertaining reality star), but during the recent RHONYC Reunion shows she adamantly held her cards close to her chest whenever the subject of her very public split from husband Mario Singer came up. Even Andy Cohen seemed a bit surprised — shocked even — by the stone wall Ramona erected around the subject.

Today Ramona took to Facebook and BravoTV.com to address not only why her relationship troubles were placed in a lockbox for the Reunion, but also the most recent developments which resulted in her announcement earlier this week that she and Mario are done for good.

As an intro to her lengthy blog post on Bravo, Ramona had this to say on Facebook:

In life we have to realize that letting go is the first step to moving on. As many of you know I have been going through a very rough time lately in my personal life. At times I have projected my insecurities about my relationship onto others as a means of both protection and deflection. As many of you women know, we give our best…until there is nothing left to give. Well, I need to start fresh. So ‪#‎StoneWallJackson‬ I will be no more. There is no shame in trying your hardest. I will just redirect my efforts into new adventures and endeavors. It is never too late to reinvent yourself. I appreciate all of your support. To those of you who have judged me harshly, maybe you will understand me more as I move on…God Bless and here we go! ‪#‎fullsteamahead‬ 🙂

In her blog entry, which had the wordy title “Ramona speaks out about the irony of her maintaining that her relationship was fine on the reunion and where she is now,” in which she explained that her Reunion stonewalling was all about timing.

“Little did I know until we finished filming several weeks later in October that my husband was having an affair,” Ramona says of the regular season. “Little did I know I was the last one to find out. I was shocked beyond words.”

But Ramona did find out in between wrapping up filming for Season 6 and the Reunion, so why so hush-hush? “When I filmed the reunion Mario and I had reconciled only the month before,” Ramona explains. “I so wanted to try to get our relationship back on track. Mario was extremely adamant about me not speaking about our relationship and his infidelity.”

Here is a photo of Mario and Ramona together at the 18th Annual Hamptons Ball at the end of June: 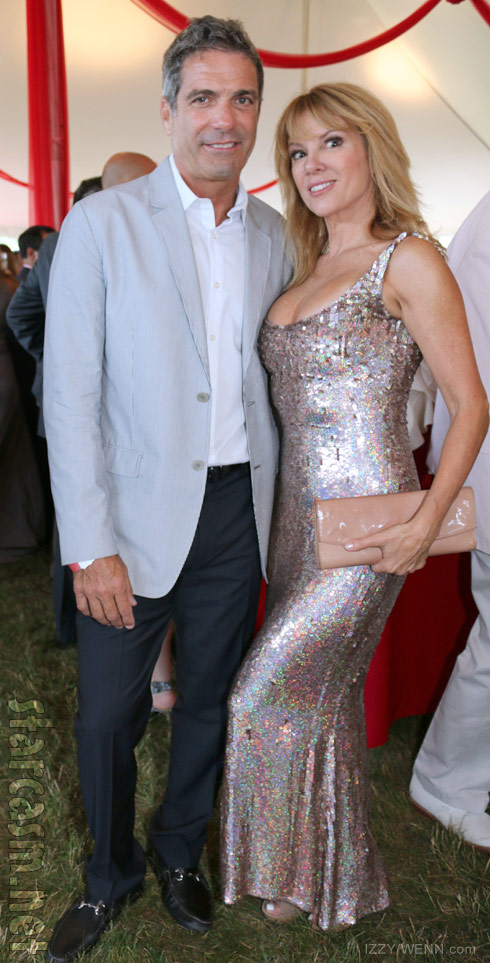 Ramona says she knows her reluctance to talk about anything must have been strange to fans of the show. “This is so not who I am — I always speak freely on all subjects.” She then focuses a large part of the blame on Mario. “I was allowing my husband to control my behavior,” she says.

And what about how she treated Bravo bestie Andy Cohen? “I must say I was not as respectful as I should of been to Andy,” Ramona admits. She then sort of even offers up a bit of an apology to Countess LuAnn, although it comes with an asterisk: “I also now understand what LuAnn went through and should have been more kind to her no matter how she pushed my buttons.”

Whew! I was worried the world might have lost Ramonandy there for a minute! 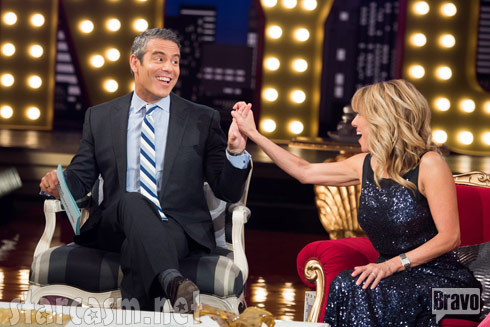 Ramona is then the old Ramona and puts it all out there:

Having your husband betray you is the worst feeling in the world, and I wish it on no one. How ironic that last week during Reunion Part 2 when I was protecting my husband and not being polite to Andy, just the week before I kicked Mario out and it came out in the press a day later, August 6.

So I am opening up now about why I was not candid as I should have been. Yes Andy all the women on the show, including LuAnn, were supportive of my situation with Mario. My friends were also. Without them I would never have been able to handle what I was going through. I thank all my fellow Housewives for their support and continued support.

I feel like I was emotionally bruised for the past five months by Mario. I felt at times as if I was walking on eggshells. We were working with a marriage counselor. I was in a fragile state.

Thank you viewers for supporting me and RHONY.