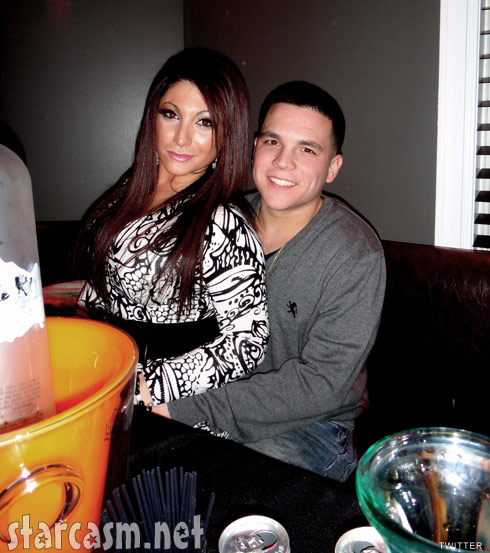 It seems that Jersey Shore star Deena Nicole Cortese has finally gotten over her obsession with Pauly D and found herself a man of her own! The 25-year-old party gal has been dating Chris Buckner, a rather adorable young man from Freehold, New Jersey. Deena was first seen out with Chris back in early November and since that time the lovey dovey couple have been spotted at numerous events together.

They have also been spotted together on Deena Nicole Cortese’s Twitter account where she has shared numerous photos of her and Chris looking the part of adorable boyfriend and girlfriend. (Nope, no drunken pictures of Deena dancing with her hoo-hoo-ninny out or face down in the bushes.) Although, here they are on November 8 on Las Vegas with Deena in possession of a bong full of happy blue juice: 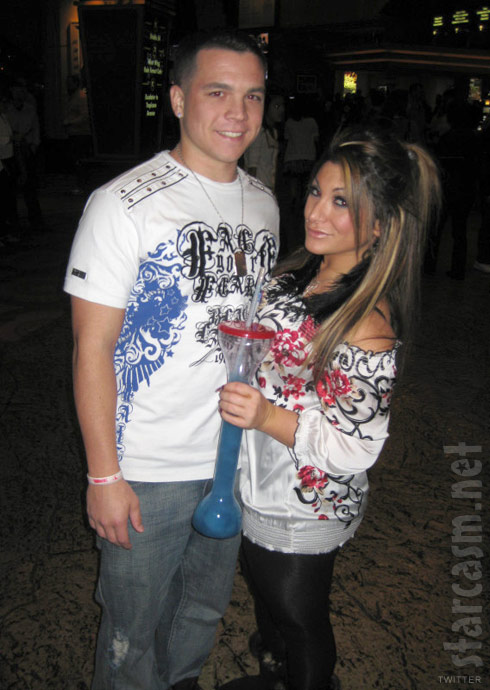 And here’s Deena and Chris at the New York City movie premiere of The Sitter in which Chris is wearing an almost ***gulp*** preppy argyle sweater! 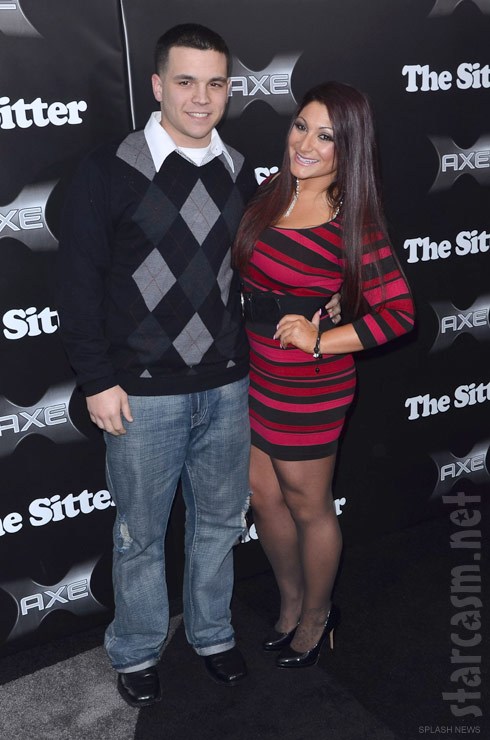 Most recently Deena an her new man Chris were spotted celebrating her birthday (Which was today!) with a trip to the spa and an Italian restaurant together in New Jersey. Chris is sporting his New York Jets sweatshirt and Deena can be seen toting a teddy bear balloon with the letters “XOXO” written over a big red heart: 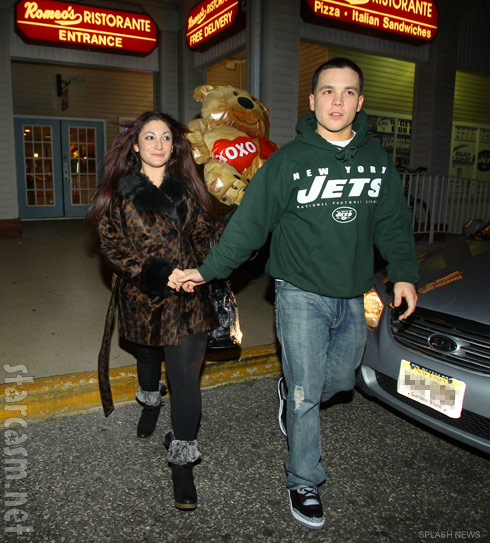 Collective “AWWWWWWWWW!!!” And in case that one didn’t do it for you, here’s another from Deena’s birthday shared by her on Twitter along with the tweet, “birthday kisses! =]” 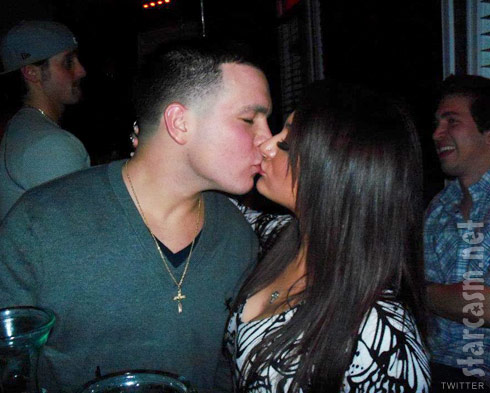 We don’t know too much about Chris, other than he registers high on a cute-o-meter and played wide receiver for the Freehold Towship Patriot high school football team. But that’s OK though, because in the world of celebrity boyfriends not knowing much means he probably doesn’t have an extensive arrest history 🙂 (By the way, if anyone knows any more about Chris feel free to comment below or drop us a line at starcasmtips [at] yahoo.com!)

Still wondering if these two lovebirds are serious? This next photo from New Years Eve should leave no doubt… 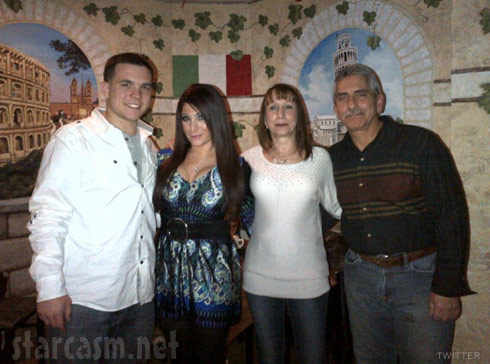 That there’s mom and pop Cortese y’all! Mmmm hmmmm… Meetin’ the parents. This is serious!

Congratulations to Deena – on her new boyfriend, on her 25th birthday, and on the continued success of Jersey Shore! And speaking of Jersey Shore, it’s jerzday so be sure to tune into MTV tonight at 10/9c fro an all new episode. (This could be the last season we get to see Deena Drunktese in all her raging glory!)

[In the original post I accidentally said Deena was 35 in the introductory paragraph. My apologies for the confusion and to Deena! – Asa]