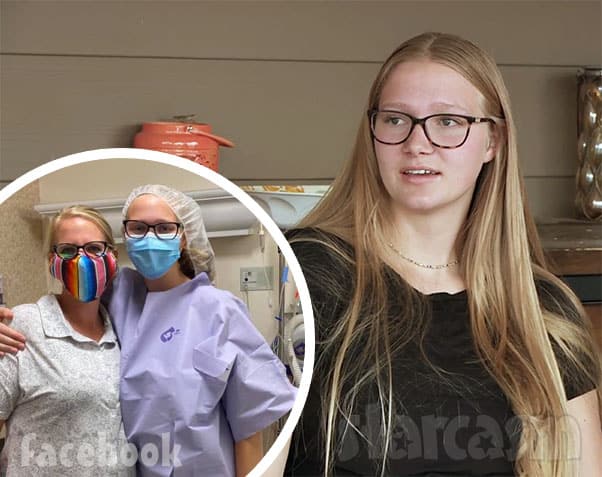 One of the many cliffhangers left after the Sister Wives Season 15 finale is whether or not Christine Brown’s daughter, Ysabel Brown, was able to get the spinal surgery she needed to correct the painful curvature of her spine due to scoliosis.

On the finale, Kody attempted to convince Christine and Ysabel to delay the surgery in New Jersey for another six months due to the COVID-19 pandemic, but neither Christine nor Ysabel were having any of it.

“We’re not waiting another six months to get the surgery,” Christine affirms flatly. “I am with her every single day, and I see her in pain every single day. It’s already nine months past the time when she told me she couldn’t take it any more.”

Kody then twists things in a reprehensible way when he suggests that Ysabel might have to go by herself — which is something Christine would NEVER have allowed. Christine was going regardless.

“Ysabel, if you could do it in September and have to do it by yourself,” Kody says to his daughter in the scene, “or wait six months and have me and be able to have me and mom go.”

Ysabel gets very emotional at Kody’s either/or and she begins to cry. “I’m not going to get surgery by myself,” she says through her tears.

“No you’re not,” Christine assures her. “100 percent I am going with you. I’m going with you to the surgery. You’re not going by yourself. That’s not an option. I wouldn’t do that to you.”

In his interview after the scene, Kody admits he had been a complete ass. “I shouldn’t have said that,” he tells the camera. He then blames his actions on Christine.

“I’m having a really difficult time getting around what Ysabel needs because of the loudness of what Christine needs, which is all emotional needs that she’s been expressing through this whole pandemic.” Kody then claims that he only said that to Ysabel because he felt bad that he wouldn’t be able to go and be with her for the surgery.

Did Ysabel have her spinal surgery?

We are happy to report that Ysabel was able to go to New Jersey and get the spinal surgery that she needed.

Christine shared a couple updates via her LuLaRoe Facebook page back in late September and early October.

Here are photos of Christine with Ysabel just before surgery:

“Ysabel is in surgery now!!” Christine captioned the images. “We’re so excited!! Thanks for all your prayers and positivity. I truly feel so blessed to have so many friends like you. I’ve loved how many of you have shared your personal stories with me because they have helped me put so many things into perspective. Love you all!”

On October 1, Christine shared the GREAT news that Ysabel made it through surgery OK. “EVERYTHING WENT GREAT WITH YSABEL!!” Christine wrote in all caps. “A COMPLETE SUCCESS! I can’t give you details but I want you to know we felt your love and prayers!! THANKS WONDERFUL LOVELIES!!”

Just one month later, Ysabel shared a gallery of photos of herself on Instagram that I assume were taken just prior:

She looks amazing! Hopefully the recovery is going as well as it appears, and hopefully her pain levels have decreased. (Ysabel hasn’t made any specific comments about her recovery, which I am guessing is due to not being able to post spoilers for the next season of Sister Wives.)

And just in case that gallery of post-surgery Ysabel doesn’t make you feel good enough, how about I add on a wonderful birthday message from Ysabel to her mom from earlier today?

Happy birthday Christine! And kudos to her for making the surgery happen when it did, instead of giving into Kody’s request to wait another six months due to the coronavirus — which would have been just a few weeks ago.

To find out more about Ysabel’s surgery and recovery, we’ll all just have to wait until Sister Wives Season 16. (Yes, their has been confirmation that the Browns are filming for another season.)

Want to offer up your thoughts on this post or the Sister Wives episode? Join the conversation over on Instagram: