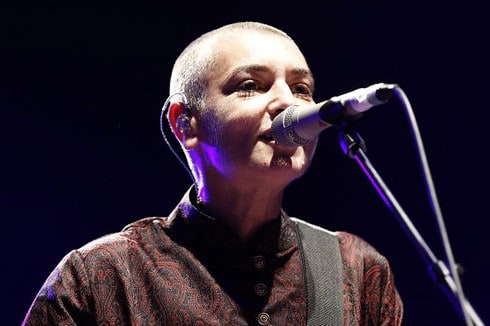 After being reported missing and then found in Chicago, singer Sinead O’Connor has taken to Facebook to eviscerate her first husband and their son Jake.

O’Connor has a public history of meltdowns that reflect a serious struggle with mental health issues. In a post made last night after she was taken to a Chicago area hospital, the 49-year-old fired off another expletive-laden tirade.

In the post entitled OPEN LETTER TO JOHN REYNOLDS, she wrote in part:

— You tell that evil son of ours that a person who suffers from two f***ing medical conditions of which the symptoms include suicidal compulsion isn’t being manipulative if while he is being a f***ing chauvinist bully like his grandfather they say they’re going to or feel like killing themselves. You all abandoned me FOR BEING SUICIDAL. YOU F***ING UTTER C**TS. YOU LEFT ME TO DIE. Jake says he knows I have mental illness yet he jumps on the cripple. TELL HIM TO STOP ACTING LIKE HE GIVES A F*** IF I DIE. THE LYING LITTLE BO**OX. ALL HE IS WORRIED ABOUT IS HOW HE WILL FEEl. DOESN’T GIVE A F*** HOW I HAVE HAD TO FEEL SINCE YOU ALL F***ED OFF ON ME AND MY SON. Every one of you had better pray I die. Because I’m suing the f***ing lot of you for what you’ve done to me if I manage to live through it. —

John Reynolds is a music producer and was O’Connor’s first husband. They share one child together, the aforementioned son Jake.

O’Connor went on to say, “I will see you all in court. I want damages. I have been unable to work. I have lost last year’s income and this year’s. I have had enormous medical expenses, and enormous trauma because of your torturing of me. As I said. You f***ing best pray God kills me because unlike my poor mother, I will not let this drop. We are all going to court and we are gonna have this out in full public for once and for all.”