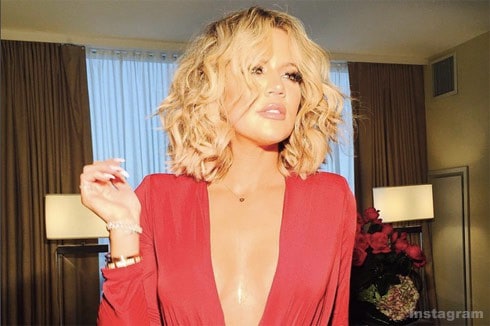 Khloe Kardashian got personal about her Christian faith in an essay posted today via Lena Dunham’s “Lenny Letter.”

In the piece entitled “My Relationship With Spirituality” the Keeping Up With the Kardashians star talked about how her faith has informed her life and has evolved over the years. She also highlighted how her Christianity challenged her decision to divorce troubled former NBA player Lamar Odom.

“I don’t believe you need to be a certain religion to embrace someone else’s religion. It’s a matter of respecting someone. I’m a Christian but I don’t think a church necessarily makes you religious,” she wrote adding, “Believing in a higher power is what guides me to make the right decisions. While I believe in heaven and hell and angels and spirits, I don’t judge people for their beliefs. And I don’t understand how others can sit around casting judgments on people because they have different religions and a certain point of view.”

Khloe goes on to explain that she enjoys church but hasn’t found one that fits her. She revealed that she reads daily devotionals and even shares them with her “glam squad” which, she says, makes them think she’s nuts.

She also explained how her decision to file for divorce went against her belief system. “At my core, I don’t believe in divorce, but I came to a point in my marriage where I had to make the choice to take care of my own mental and emotional well-being in order to protect myself and my happiness… I feel that I kept the serious vows I made in front of God with every inch of my heart, which is why I am still honoring them today even though my relationship with my ex-husband is in a different place.”