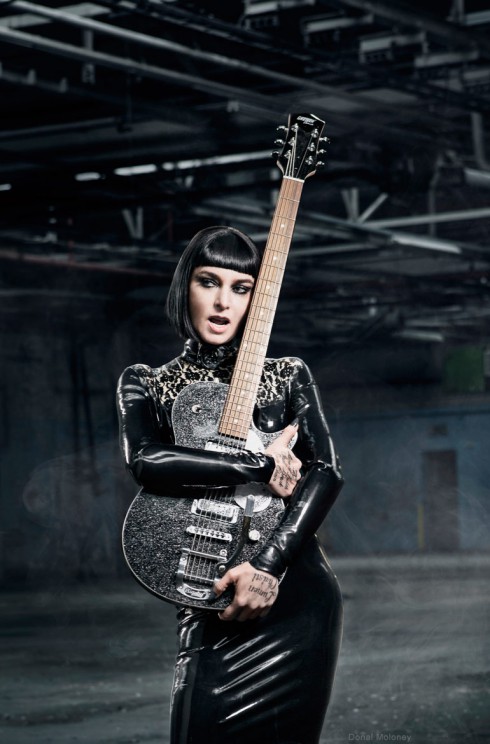 Irish singer-songwriter Sinead O’Connor is more like Sinead O’MG in a just released photo from the cover shoot for her new album, I’m Not Bossy, I’m the Boss, due out August 12! The often-controversial singer abandons her trademark shaved head in favor of a bangtacular Jessie J-esque jet black bob wig with matching smoky goth makeup. And the transformation doesn’t start there as the pop empress is also sporting new clothes with… PVC black leather dress?!?

The new look was inspired by the album’s new title, a project that was formerly to be called The Vishnu Room until Sinead was moved by Sheryl Sandberg’s Ban Bossy campaign, which encourages female leadership by highlighting the different ways society often perceives male and female leaders. The campaign points out that men (or boys) in leadership roles are often described as leaders, whereas women (or girls) in the same roles are often called “bossy” or some other adjective with negative connotations.

Sinead explained the inspiration for the title change on a recent post on SineadOConnor.com:

Originally I had a different title, The Vishnu Room, but a few months back when I saw the phrase ‘I’m not bossy, I’m the boss’ and became aware of the Ban Bossy campaign, I wished I could re-name the album, since indeed it can be tricky being a female boss and I think Sheryl’s campaign is a terribly important one.

At the stage I became aware of the Ban Bossy campaign it was too late to change the album title because the sleeve was already in print. But last week when the record company received the promo shots, which included the cover shot you now see, they asked could they change the planned cover to the current one, and that allowed me the opportunity of changing the title.

Thank you to all at Nettwerk Music Group and to photographer, Donal Moloney for making the title change possible.

Here are a couple before-and-after photos of Sinead O’Connor with the I’m Not Bossy, I’m the Boss album photo and another photo taken at the amfAR Gala back in October of 2011: 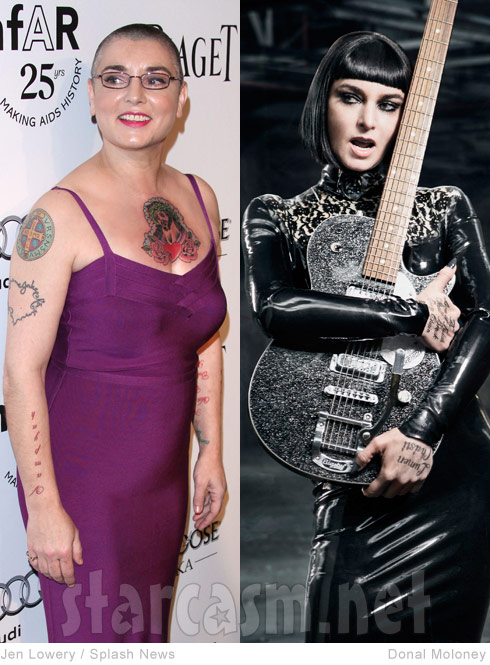 And how about we wrap this thing up with a throwback video for one of my favorite Sinead songs that isn’t “Nothing Compares 2 U.” Here’s “The Emperor’s New Clothes, which is also from the album I Do Not Want What I Haven’t Got:

Sinead O’Connor is safe after posting suicidal video on Facebook