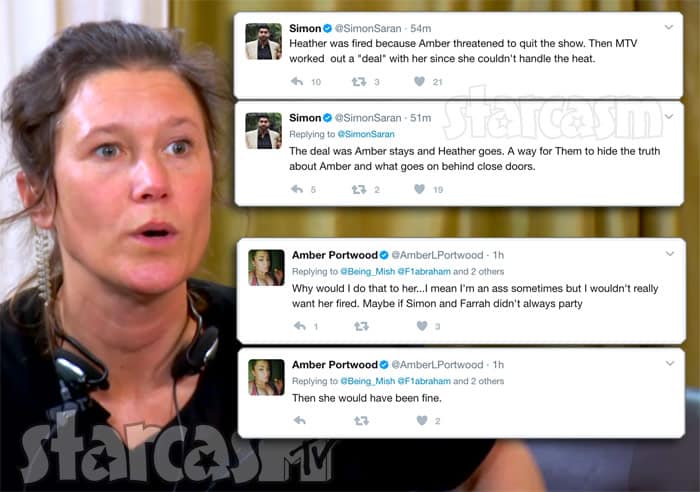 We have yet another he said/she said controversy in the Teen Momiverse, this time over the real reason that TMOG producer Heather (who has famously worked with both Farrah Abraham and Amber Portwood for years) is no longer on the show.

The Ashley’s Reality Roundup got things started earlier today by reporting that Heather was fired by MTV after getting a little too chummy with Farrah. Wait, what?!

“They found out that she was frequently staying at Farrah’s house and that is not allowed,” The Ashley’s source reveals of Heather, adding that the sleepovers crossed the lines set forth by the network to “maintain professionalism.”

The story came in response to rumors suggesting that Amber Portwood got Heather fired. The Ashley says “that is definitely not true,” before adding “Heather was fired from Teen Mom, but Amber had nothing to do with the firing.”

Amber Portwood took to Twitter to iterate that she had nothing to do with Heather’s firing:

Why would I do that to her…I mean I’m an ass sometimes but I wouldn’t really want her fired. Maybe if Simon and Farrah didn’t always party then she would have been fine. That’s all I’m going to say….

But don’t close the book on this story yet! Farrah Abraham’s sidekick Simon Saran has a different tale to tell. “Heather was fired because Amber threatened to quit the show,” Simon tweeted. “Then MTV worked out a ‘deal’ with her since she couldn’t handle the heat.” He then clarified: “The deal was Amber stays and Heather goes. A way for Them to hide the truth about Amber and what goes on behind close doors.” 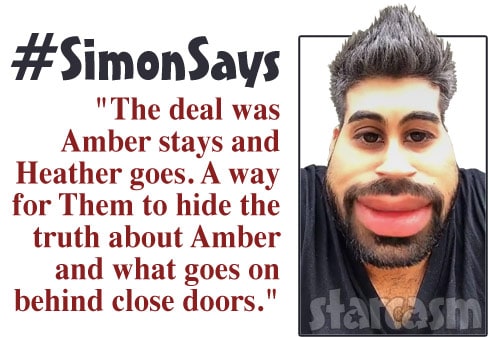 One follower denied Simon’s claims: “Heather got fired because she spent nights at @F1abraham house and not allowed @AmberLPortwood had nothing to do with it.” Simon responded with a simple “Nope” before adding “I only speak the truth. Heather was not fired for sleeping on a couch. Trust me.”

UPDATE – Just before I published this post, Simon deleted his previous tweets and reworded them with the revised tweet: “Heather was fired because of the ‘deal’ amber worked out last season with MTV. #teenmomog”

UPDATE – Amber replied to our tweet linking to this story by laughing off Simon’s claims and doubling down on everything being Farrah’s fault. “How would he even know anything..that is not true,” Amber says of Simon’s comments. “This guy is such trash.. nobody believes this..she quit/got fired because of her.” She continued in another tweet: “Man @SimonSaran you and Farrah are obsessed with me..be adults if you can..and I would tag Farrah if I wasn’t blocked. Yet you keep talking.”

Regardless of why Heather was fired, it does appear that she will be able to stay chummy with Farrah, as the two look to be working on a new project together. Farrah posted a photo with her producer bestie early last month on Instagram and captioned it with “Guess whose back ! #Family New Project ?????? #bestproducer #nyc” Here’s the photo: 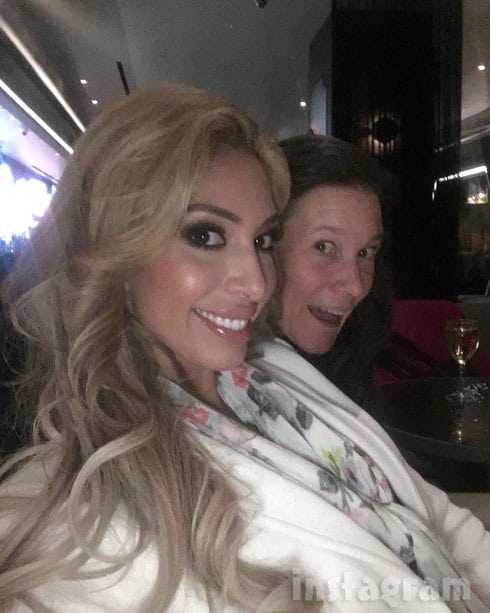 Heather responded to Farrah’s post with a retweet and the message “Fam:)) love you boo boo!!”

While creeping Heather’s Twitter timeline, I saw something else pretty interesting, given that she recently left Teen Mom OG. “Writing is so cathartic,” she tweeted in late January. Could it be that we will have a Teen Mom OG behind-the-scenes tell all on the way?! I would have assumed there would be something in her contract preventing a future tell-all, but we can still hope, right?