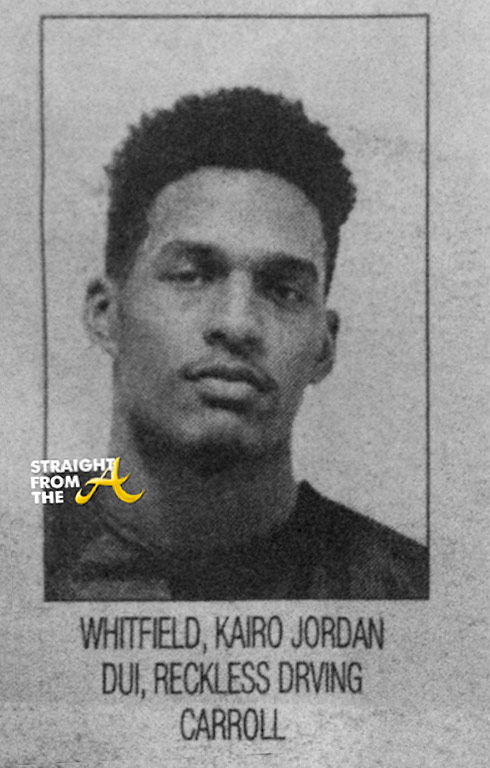 During The Real Housewives of Atlanta Season 4 Reunion in 2012, Sheree Whitfield went after co-star NeNe Leakes because her 21-year-old son Bryson was arrested for shoplifting some razors at Walmart. It appears that Sheree is the victim of some serious drama karma as news broke today that her 19-year-old son Kairo Whitfield was arrested for DUI in April.

Straight From the A broke the news after a fan sent her Kairo Whitfield’s booking photo from a Carroll County mug shot publication. (You can see the photo above straightened out and lightened a bit.) According to online records, Kairo was arrested on April 28 and charged with misdemeanor reckless driving and misdemeanor DUI:

From Straight From the A:

Kairo is presently a 19 year old college student (he’ll be 20 in July) at West Georgia and we all know college life and underaged drinking go hand in hand!

Sheree Whitfield posted a photo of Kairo on her Instagram yesterday and gave it a caption that seems extremely fitting given the arrest story:

“There’s really never a dull moment hanging out with this one!!!” wrote Sheree, adding the hash tags #lafamilia #followhim as well as the ? emoji.

If Kairo’s mug shot seems a bit dashing to you, you’re not alone. Sheree brought Kairo along with her to the Million Man March in Washington, D.C. and the result was Porsha Williams “drooling” and Phaedra Parks openly wondering if he was legal. In addition, both Andy Cohen and former supermodel Cynthia Bailey are quite smitten with Kairo’s good looks as well. Here are their responses to the photo of Kairo that Sheree shared yesterday:

@Andy @IamSheree @kairo I agree! Let's do it?

I think Andy, Cynthia, and pretty much everyone else is right:

According to this tweet from Sheree back in January, Kairo is actually taking everyone’s career advice:

Kairo always wanted to model at 6'6" but was forever to shy until now. #modelmayhem #nyfw #rhoa pic.twitter.com/tvNxZjpRMN

While we all wait for the inevitable TMZ story about Kairo’s arrest, here’s a little flashback to the RHOA Season 4 Reunion when Sheree and NeNe got into it over NeNe’s son Bryson’s arrest:

Original mug shot photo: Straight From the A