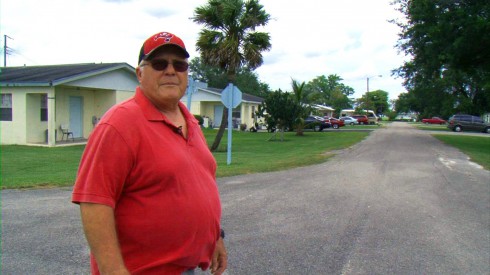 Banished from residing within 1,000 feet of anywhere children might gather and categorically blocked from many jobs, registered sex offenders often struggle to find places to live and work. Recognizing that problem, the late pastor Dick Witherow sought to establish a refuge for non-violent sex offenders.

“We had searched for places to live and no where would rent to us,” said Lecil Woods, mother of a registered sex offender, in a documentary for The New York Times. “If it wasn’t for this place, we would both be homeless.”

The small town in rural Florida was first developed to house sugar cane workers. Now, Miracle Village organizers receive dozens of applications each week from sex offenders who seek a place where they can get their feet back on the ground.

The self-sustained community does not allow residents with children and the nearest neighbor is more than two miles away. That gives the residents a kind of freedom they would be unable to experience anywhere else. Even though the natural concern is that it would become a paradise for deviant sexual behavior, there hasn’t been a single sex crime reported in Miracle Village since it was founded.

“We label people sex offenders or sexual predators for a wide variety of behaviors,” explained Carey Haughwout, a Palm Beach County public defender. “So, as a result, we have a lot of folks carrying those labels without it really distinguishing who’s dangerous and who isn’t.”

Although Miracle Village has been lauded by many, it has also been the target of criticism, particularly from former neighbors.

“I don’t want to be around those types of people,” Tara White told ABC News in 2010 about her decision to move away from her home in a nearby town. “Not with my kids. Not with my mom. Not with me.”

What is the Church of Wells? Small town ‘cult’ accused of drugging, manipulating members