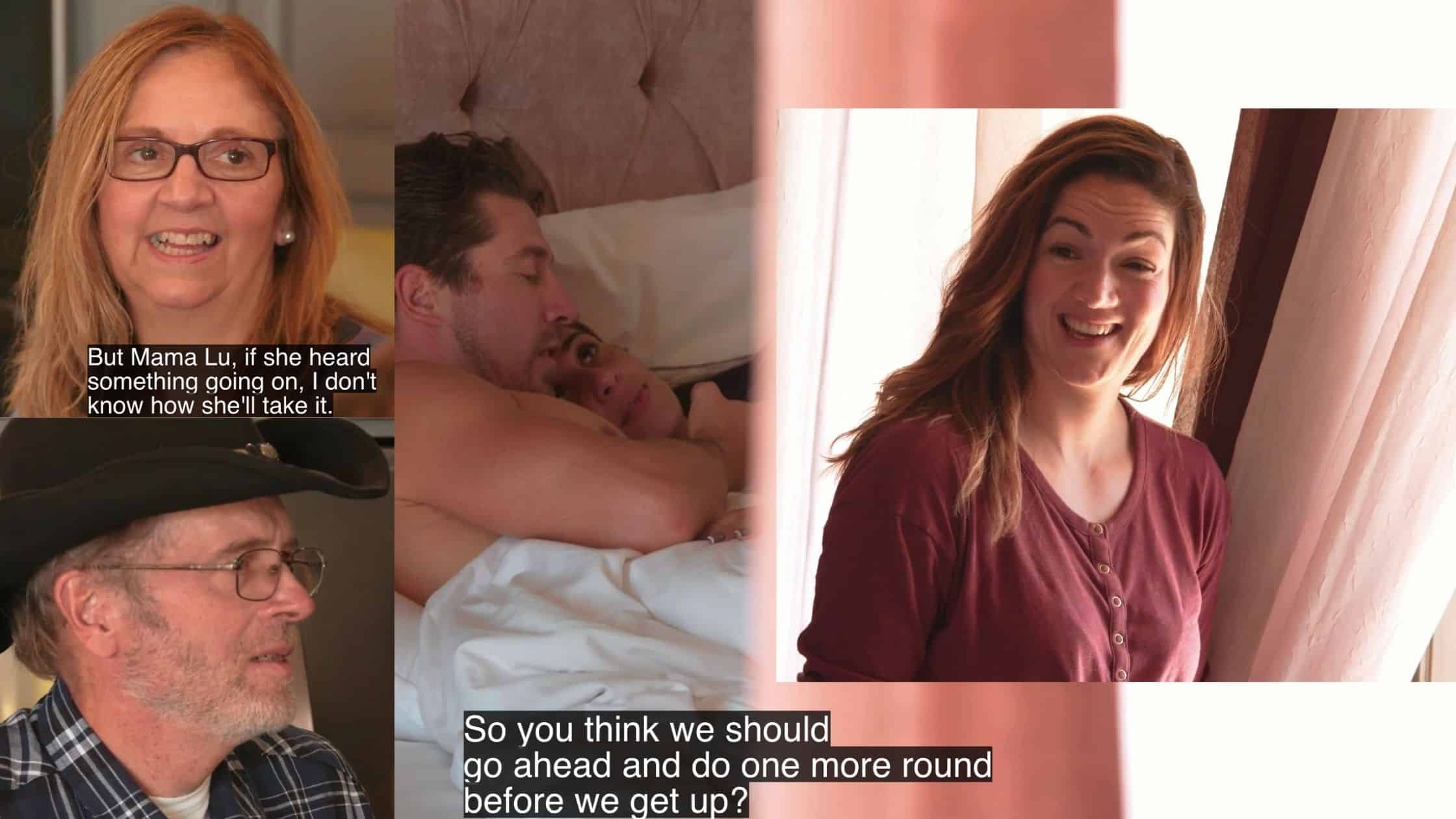 In one scene Dannielle’s mom Luann finds her reflecting by the pool. They discuss what might happen if Garrick gets Roberta pregnant and has to fly to Brazil for a while. Dannielle is worried about this prospect because she doesn’t want to be alone. “If he left and then I had to handle it without him there it would be *sniffle* it would be a lot *sniffle.*”

Dannielle then reveals in interview that she’s neglecting her own feelings for the sake of the family that Garrick and Roberta are building. “I think in any relationship, even a monogamous one, you make sacrifices and choices for the happiness of the other person,” she says.

The family spent several days living it up at their vacation villa in Cabo: eating, playing in the pool, and enjoying each other’s company, which Garrick presumably spending all of his nights with Roberta in an attempt to have a child. The production company even made a point to film Garrick and Roberta through a crack in the door cuddling one morning after a babymaking session. Garrick asks Roberta, via his voice-to-translate app, if she wants to go again that morning.

Garrick feels like he’s in a utopia. The family vacation feels to him like the plural lifestyle he’s always envisioned, and what God wants for his family. However, real life isn’t a vacation, as his father-in-law Scott tries to tell him.

Scott sits Garrick down for a man-to-man talk about the huge responsibilities he’s taking on and asks him about his gameplan for if Roberta gets pregnant, and what life all together in Colorado might look like.

Dannielle’s dad Scott is accepting of Roberta, but he’s still guarded. He often says that she seems nice, but he is worried how Garrick can make the relationship work with both women living in the same house. He tells Garrick that he doesn’t want his daughter Dannielle to be neglected in this arrangement.

“I want you to feel confident that she [Roberta] is not going to be cast aside or become second to Roberta or something like that,” Garrick says. “I’ll make sure that she’s a priority.”

He’s sad that Garrick’s been disowned by his parents, so he’s grown closer to Garrick, and considers him to be a son. However, this situation is making him feel protective of Dannielle. “Dannielle’s my baby girl and I want to make sure that Garrick’s treating her like he should,” Scott says.

Dannielle’s mom has reservations about Garrick being intimate with Roberta but is “really happy” about having Roberta join the family after she’s met her and seen her interact with the boys.

Later in the episode, Garrick finds out via a call from his lawyer that the first part of Roberta’s K-1 visa has been approved.