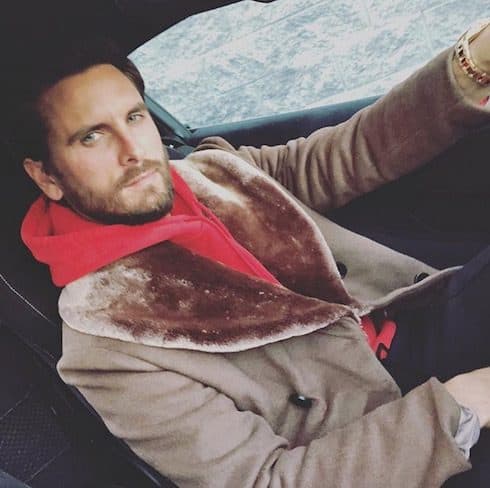 34-year-old cavorter Scott Disick, who began 2017 by trying to sneak a model into his bedroom during a Kardashian vacation in Costa Rica, is ending the year increasingly paranoid that he might not be Reign Disick’s real father. That’s the latest from In Touch, which alleges that Scott is no longer sure he sired Kourtney Kardashian’s youngest child.

The basis for this speculation, according to the magazine’s anonymous insider, is the fact that Reign –- who will turn three on December 14 –- was conceived during a “rough patch” for Scott and Kourtney. “At the time,” said the insider, “Scott didn’t question whether he was the father, but that soon changed. It didn’t take long for Scott to start having doubts as to whether Reign is actually his child….There were countless times when [Scott and Kourtney would] split up and not see each other for weeks. And whenever they had a huge argument went out of her way to seek revenge. She’d often party with her pals and close guy friends.”

Also driving this particular narrative is Scott’s supposed belief that “Reign looks more like Kourtney,” while “Penelope and Mason are dead ringers for Scott.” The rest of the Kardashian family has apparently told Scott that “Reign [doesn’t] look like him.” And, when Scott asked Kourtney for a DNA test to prove that he is in fact Reign Disick’s real father, Kourtney said no — which “only heightened his suspicions.”

The source added that Scott “is closest to Mason and then Penelope,” implying that Scott and Reign are rarely seen in public together because Scott feels somewhat distant from his youngest son. Which is a good time to point out that the most recent paparazzi shots of Scott together with any of his children are of he and Reign, at the Montage Hotel in Beverly Hills shortly before Thanksgiving: 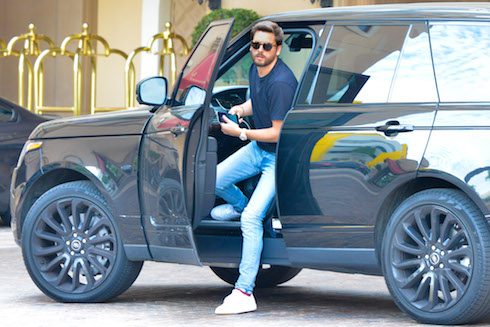 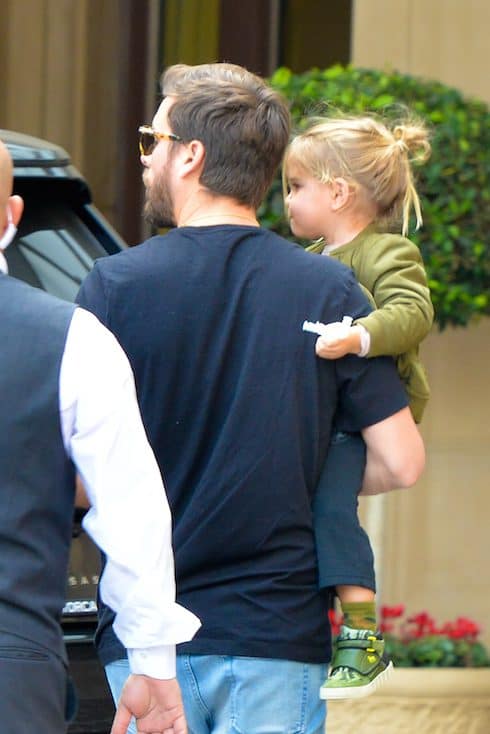 Plus, as Gossip Cop pointed out, Scott also shared a clip of he and Reign getting in a little snuggling on Thanksgiving day:

This is why I'm thankful today. Happy thanksgiving 2 all!!

If anything, it’s far more likely that Scott hasn’t been seen much with Reign (or Mason or Penelope) because for most of the year he was too busy banging his way around the globe on a world sex tour with a bunch of 19-year-old models in a vain attempt at irking Kourtney.

Plus, it’s long been reported that Kourtney won’t let Reign Disick’s real father take the kids for any extended period as long as he’s still coupled up with Sofia Richie, since — wait for it — Kourtney thinks Sofia “is too young to be a good role model.”

On that note, Scott and Sofia are somehow still a couple. They took a break from lounging to get in some PR-arranged snuggling ahead on Miami Beach ahead of Art Basel (and Scott’s requisite paid nightclub appearance) later this week.

And speaking of against all odds, newly single Jennifer Lawrence, whose love for / obsession with the Kardashian family has been well documented, told Oprah in their Hollywood Reporter chitchat that Scott Disick is her #1 dream dinner date. Under normal circumstances J-Law would be a little old for Disick’s taste…but Scott is a fame whore above all, so at some point very soon we’re going to start seeing tabloid headlines about the two of them hooking up on a secluded beach, while Lionel Richie shakes his fists in triumph.

PHOTOS For his birthday, Kylie Jenner got Travis Scott a Lamborghini, a shoe cake, and a baby