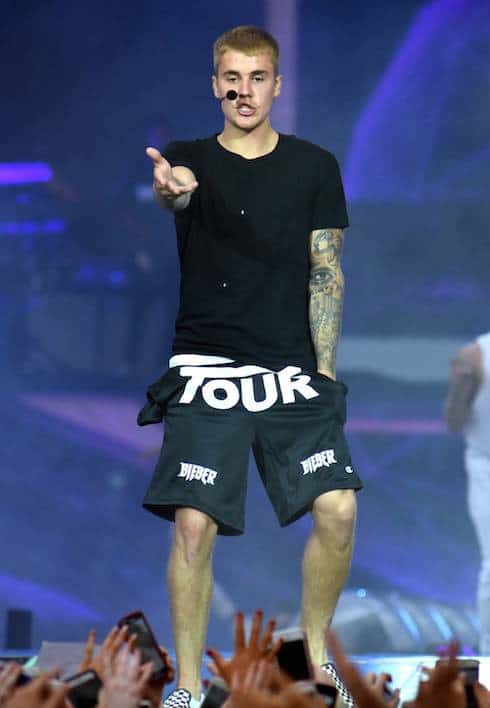 Justin Bieber chose a curious medium to try and explain his curious past week to his fans. The Biebs wrote what amounts to the first draft of a college entrance essay, one full of feel-good mumbo jumbo about his “character” and “not [being] ashamed of his mistakes,” then proved he really isn’t by posting the whole thing on Instagram.

Bieber shocked fans and industry insiders when he canceled the final leg of his Purpose Tour–giving up millions of dollars in gate and merchandise revenue in the process–so that he could “rededicate his life to Christ.” Two days later, he proved he needs all the help he can get after inadvertantly hitting a paparazzo with his car. And it’s worth pointing out that shortly before Justin Bieber’s tour cancelation, he got caught performing with one hand in his pocket for the duration of his shows (the photo at the top of the article is from this summer’s gig at the RDS Arena in Dublin). For anyone not named Alanis Morrisette, it was a particularly bad look.

It’s not surprising that Bieber’s desire to be “SUSTAINABLE” like an organic beet farm is both the most specific part of the whole message and the detail that seems to have drawn the most attention. ET called it “heartfelt.” Teen Vogue followed suit, and further praised Bieber’s courage in pointing out his own grammatical missteps. And The Guardian noted that Bieber’s behavior has indeed become almost Scott Disick-level unsustainable: over the past three years, the 23-year-old has also been banned from China, gotten caught driving drunk, and gotten in trouble for punching a fan.

On the other end of the spectrum, a new report from In Touch alleges that Bieber is “all over the place” and “a nightmare to be with.” The article quotes one insider who complains that Bieber “talks about God nonstop,” and another who says that “One minute he’s praying and the next minute he’s partying…people in his camp also think something’s up.”

“Justin’s mom and manager are worried sick that Justin may not be thinking properly,” the article concludes. “[So] they both support his decision to take time off.”

Justin Bieber’s DNA has been submitted

Chantel Jeffries, the model who was with Bieber the night of the drunk drag racing, has an arrest history