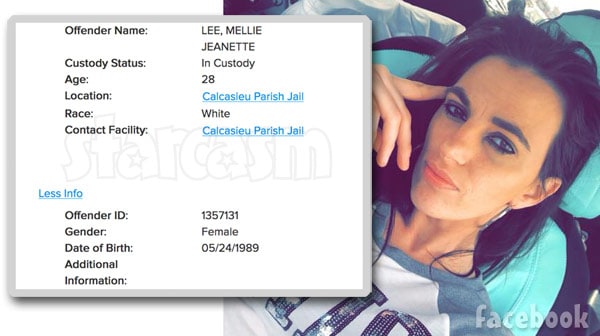 Mellie, who has legally changed her name to Mellie Lee, is currently behind bars in Calcasieu Parish Jail. It is not known at this time what the charges are — all the information we have is that she was arrested on an outstanding warrant and is in custody. We are told the warrant is from Kentucky and Mellie will be extradited.

The Gypsy Gossip: Tattle Tales Facebook page shared a post in which they stated they had been told that it may have been Mellie’s cousin Jett who turned her in — an accusation Jett adamantly denied in the comments section. Mellie and Jett were involved in an altercation not too long ago, and Jett claimed to have filed charges against Mellie at the time. Here is a Facebook post from her about it: 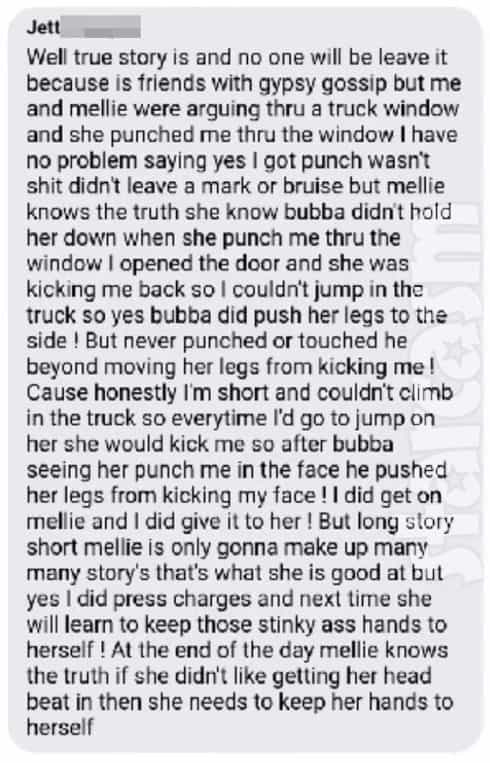 Jett later spoke with an admin for the GGTT page and had this to say when asked if she had really pressed charges: 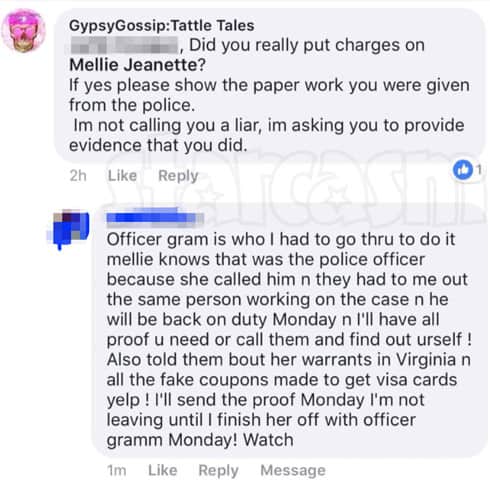 Calcasieu Parish is in the southwestern corner of Louisiana on the border of Texas and includes the town of Lake Charles. According to her social media posts, Mellie has been on a road trip that took her through Pigeon Forge, Tennessee on her way to Texas. They spent Tuesday night in Baton Rouge before hopping on Interstate 10 and heading west. Mellie’s last update was a response to her husband’s arrest that she made in Egan, Louisiana, which is about 43 miles east of Lake Charles. It’s also about 31 minutes from the Calcasieu Parish line. My guess is that someone angry over George’s arrest called Louisiana police on Mellie for some sort of outstanding warrant, and they were able to track her down because of her social media posts. Either that or there was a warrant and Mellie got pulled over for speeding or something simple like that. We will update the post as soon as we know more or if we are able to get Mellie’s mug shot photo.

If you were curious what was going on with Mellie and George’s one-year-old daughter Divinity, the GGTT page says that she is being looked after by family members. I believe Mellie lost custody of her second oldest child Brandy to the father’s parents. It’s unclear who is looking after Mellie’s oldest son Richard.

UPDATE – Mellie has since been transferred to Kentucky where she is facing three VERY serious felony charges. Click here for more information, including Mellie’s mug shot photo.