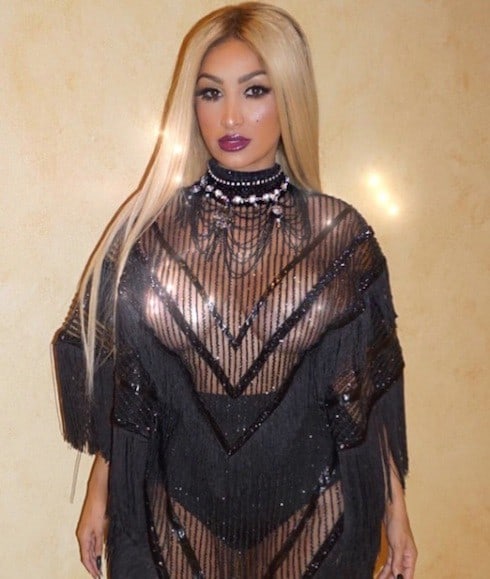 The BBWLA Season 5 Reunion was most definitely a high-drama affair, complete with DJ Duffey’s firing–but did Angel Brinks really just announce that she’s filmed her last episode of the VH1 reality drama? If true, Angel would be the second high-profile Season 5 departure of a Basketball Wives LA cast member, and possibly the third, given that Jackie Christie has hinted she might be done with the show as well.

Angel has been her usual coy self on social media when asked about the possibility, whether on Twitter…

Don't let your food get cold worrying about what's on my plate.

…or on Instagram–where, it’s worth pointing out, she’s ramped up her fashion plugs over the past few days:

You know I love aaaaaaall my AB supporters. What are your honest thoughts?

I'm only responsible for what I say. Not for what you understand. ?

If her time on BBWLA is through, it’s not as if Angel will be scrambling to find another job. She’s got an extensive and growing portfolio as a high-profile fashion designer, and her Basketball Wives co-stars have acknowledged her skill as recently as just before this year’s reunion. In fact, as Angel just announced on Twitter, she already has her next gig lined up:

So excited!! I am the Fashion Correspondent on the red carpet this year for the 4th Annual TV Reality Awards!!! TAKE THAT, TAKE THAT!! ????