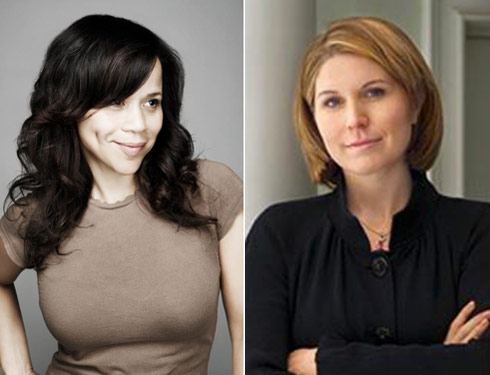 Actress Rosie Perez and political commentator Nicolle Wallace have signed on to join The View when the revamped morning talkie premieres September 15.

“These are powerful and accomplished women from different walks of life who have had amazing personal and professional experiences. Each brings incredible perspective and information to the table. This mix of smart, vibrant and energetic women is unlike anything else on daytime television.”

Perez joins two other actresses Whoopi Goldberg and Rosie O’Donnell. Wallace was a communications director for President George W. Bush and will be called upon to represent a more conservative world-view perspective.

“I am beyond thrilled, honored and completely surprised that I’ve been asked to join ‘The View.’ Knowing that I’ll be in the company of Whoopi, Rosie and Nicolle, three very smart and engaging women that I have an immense amount of respect for, makes it even more unbelievable. The opportunity to connect with our nation’s audience on a daily basis… icing on the cake! Very happy.”

“I am honored to join the tradition of compelling conversations that has been the signature of ‘The View’ for the better part of two decades. I have watched ‘The View’ for many years and now to be seated alongside three women that I have admired is both humbling and incredibly exciting.”

Well there ya have it. The line up is Goldberg, O’Donnell, Perez and Wallace.

VIDEO – General Larry Platt performs “Pants on the Ground” on The View – Plus full lyrics and pic of Larry Platt with Martin Luther King!