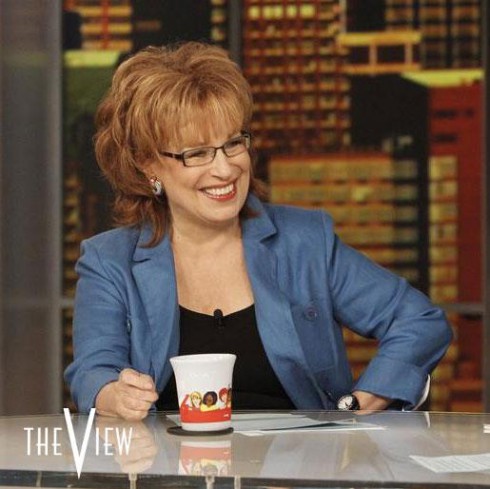 After more than 16 years as a co-host on The View, Joy Behar announced she plans to leave the popular daytime talk show when her contract ends this August. Once Behar departs, Barbara Walters will be the only remaining original cast member.

“It seemed like the right time,” Behar told Deadline. “You reach a point when you say to yourself, ‘Do I want to keep doing this?’ There are other things on my plate I want to do — I’ve been writing a play, I’ve been neglecting my standup.”

The host of shows on HLN and Current TV, Behar also hinted she isn’t done appearing on television. With a new window of opportunity open, Behar said she met with executives from CNN. She remained vague on the details, but said it was a “positive meeting.”

In response to her announced departure, ABC released a statement saying, “Joy Behar has been instrumental in the success of The View from the very beginning. We wish her all the best in this next chapter, and are thrilled that we have her for the remainder of the season.”

Behar was recruited to join the show by creator/executive producer/co-host Barbara Walters when it first began in 1997. She originally appeared as a replacement for Walters on the days she was off, but was quickly promoted to a full-time co-host position.

There is speculation that Behar’s announcement is just the first of many shake-ups to come to The View. Elizabeth Hasselbeck’s contract is also set to expire soon and she is rumored to be considering other ventures. Barbara Walters, 83, just returned to the show after a six-week leave of absence to recover from illness. She will likely be less and less active on the show, although it’s doubtful she will ever officially leave.

Previous co-host spots have been filled by narrowing down a field of candidates and then having them participate in extended on-air auditions.

Jenny McCarthy and Sherri Shepherd are out at The View