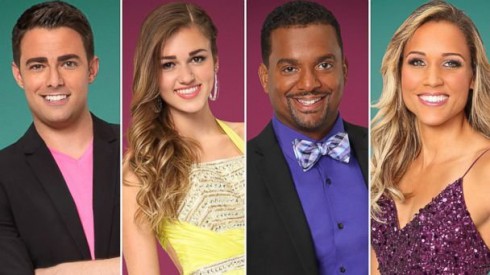 The cast of Dancing With the Stars Season 19 draws from Bel Air to Louisiana and everywhere in between! See who co-hosts Tom Bergeron and Erin Andrews confirmed will be dancing it out for the next mirror ball trophy…

As for the amateur dancers’ bios from ABC…

Antonio Sabato Jr. – Antonio once overlooked Time Square from a 90-foot billboard dressed only in his Calvin Klein underwear. The iconic fashion designer hired the actor to be the company’s first celebrity model since Mark Wahlberg and famed photographer Herb Ritts shot the campaign. That combination caused a sensation when the photos appeared in every magazine and hundreds of billboards throughout the world. Antonio is widely known for his fan-favorite role as Jagger Cates on ABC’s General Hospital and for playing Jack Parezi on Melrose Place. He was also featured in People Magazine’s “50 Most Beautiful People” issue.

Tavis Smiley – Tavis is currently the host of the late-night television talk show “Tavis Smiley” on PBS, as well as “The Tavis Smiley Show” from Public Radio International (PRI). He has authored or co-authored 16 books, including What I Know for Sure: My Story of Growing Up in America and The Rich and the Rest of Us: A Poverty Manifesto, both of which were New York Times Bestsellers.

Alfonso Ribeiro – Alfonso’s interests and loves vary from acting, best known for his role as Carlton Banks on Fresh Prince of Bel-Air to his active career today as a television director, host and voice-over. He promises to break out the Carlton dance at some point.

Lea Thompson – Lea is perhaps best known for her role as the various incarnations of Lorraine McFly in Back to the Future I, II, and III and as the star of Caroline in the City. Thompson has starred in more than 30 films, 25 television movies, 4 television series, more than 20 ballets, and starred on Broadway in “Cabaret”. Lea can currently be seen on ABC Family’s Peabody Award winning hit show Switched at Birth, where she acts and directs.

Michael Waltrip – Michael is a winning professional racecar driver, founder and co-owner of Michael Waltrip Racing, a widely recognized network racing commentator and author of a best-selling biography. Waltrip is a two-time winner of NASCAR’s crown jewel event, the Daytona 500, and is one of only two drivers in history to hold victories in NASCAR’s three top tier divisions over four consecutive decades. Waltrip still competes on a limited basis, posting two top 10 finishes in just four events in 2013.

Jonathan Bennett – Jonathan’s first foray into feature films was in Paramount’s smash hit Mean Girls, in which he starred opposite Lindsay Lohan. In the romantic comedy Lovewrecked, Bennett transitioned into the love interest of Amanda Bynes. He has since starred as Bo Duke in Warner Bros. prequel to The Dukes of Hazard, the comedy romp Bachelor Party Vegas, in Fox’s sequel to the hit comedy Cheaper by the Dozen, as Steve Martin’s antagonistic son-in-law, and as the title role in National Lampoon’s Van Wilder: Freshman Year.

Tommy Chong – Grammy Award-winning comedian “Chong” is legendary for his invaluable contribution to comedy and American counter culture as part of the legendary comedy team Cheech & Chong. During their reign, the twosome recorded six gold comedy albums, including the 1974 Grammy winner “Los Cochinos,” and starred in seven films, most of which Chong co-wrote and directed. After Up In Smoke,Cheech and Chong starred in a string of successful films that remain hugely popular via the rental market.

Sadie Robertson – Sadie is well-known for her dimples and engaging smile, but there is more to the 17-year-old charmer and star of A&E’s Duck Dynasty than that. A high school athlete and motivational speaker, Sadie spends her summers on mission trips and working at a Christian youth camp spreading her message to peers about being confident in who you are and learning to “live original.” 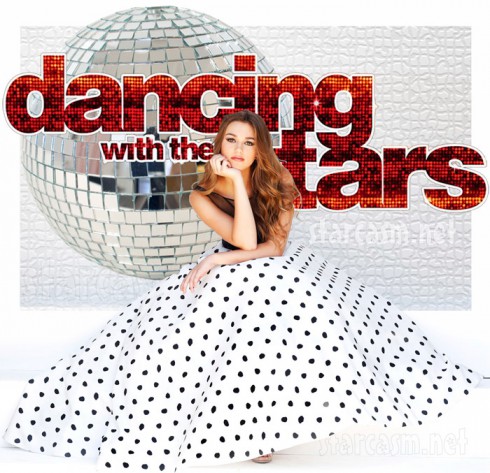 Randy Couture – As a 6-time World Champion and Hall of Famer in the fastest growing sport in the world, Randy is a true icon in the sport of Mixed Martial Arts and the Ultimate Fighting Championship (UFC). In addition to his stellar standing in combat sports, Randy is also a successful businessman, best-selling author and action movie star. Randy’s growing career in acting includes the hit films The Expendables and The Expendables 2, opposite Sylvester Stallone and Bruce Willis.

Betsey Johnson – Known for her over-the-top celebration of the exuberant and the embellished, Betsey has been rocking the fashion industry with her unique and original designs since the 1960s. Her commitment to remain true to her one-of-a-kind vision has afforded Betsey continued success in an industry known for its fickleness. Her ability to change with the times while keeping her designs pure has not gone unnoticed.

Lolo Jones – The American record holder at 60 meters, Lolo was a three-time national champion at Louisiana State University (which led to being named All-American 11 times). After college, she only got faster, winning the U.S. indoor national championship three times, and then she topped that by winning gold medals at the indoor World Championships twice. In addition to appearances at the 2008 and 2012 Summer Olympics for hurdles, Lolo became just the 10th American in history to compete in both the Summer and Winter Olympics, as a member of the U.S. Bobsled Team for the 2014 Games in Sochi, Russia.

Bethany Mota – In only five years, YouTube sensation, fashion designer, and beauty expert, Bethany has become one of the most recognizable names on social media. Today, Bethany’s YouTube channel has over 7 million subscribers, and her videos have been viewed almost 500 million times. Bethany got her start when she created a channel on YouTube under the moniker Macbarbie07 in June 2009. Originally intended as a fun outlet for a tween girl to share her opinions on fashion and style, Bethany’s charismatic personality and unique eye for popular trends have earned her a devoted following on multiple platforms.

Janel Parrish – Born in Hawaii, Janel started her career with a love for music. She entered and won a statewide singing contest at age 6 and soon followed that with being cast in the National Touring Company and Broadway Company of “Les Miserables” as Little Cosette. It wasn’t long before Janel’s Broadway experience and recognition led to acting auditions in Hollywood. While studying acting, Janel continued to train vocally, eventually adding piano to her repertoire. She played Mona on Pretty Little Liars.

The new season of Dancing With the Stars premieres on ABC on Monday, Sept. 15 at 8/7c.

PHOTOS Dancing with the Stars Maks and Meryl reunite

Are Erin Andrews & Maksim Chmerkovskiy dating? The DWTS partners are getting romantic