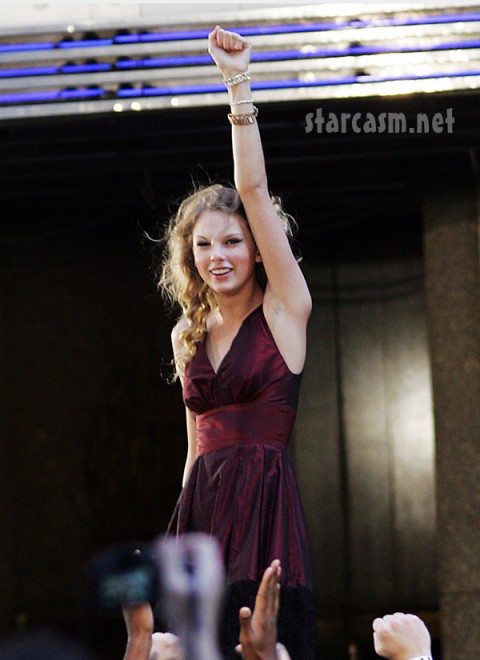 Taylor Swift, the first country artist to ever win a VMA, sat down with the girls on the View, and discussed her shocking diss from Kanye West. Here’s the breakdown of what went through her head during that moment:

“Wow, I can’t believe I won, I’m gonna get to think the fans, this is son cool, Kanye West is here, cool haircut, what are ya doin’ here?, ouch, I guess I’m not gonna get to thank the fans.”

Although Kanye has made three almost not-sincere apologies on his blog and The Tonight Show with Jay Leno since the incident Taylor says he has not personally reached out to her.

Taylor described how she had get herself back to the place were she could perform after being publically humiliated. Support from all the people backstage gave her the strength to perform right after Kanye stole her spotlight. There was an awkward silence after Whoopi winked at the camera, and said “If Kanye is watching, he’ll know what to do.”

After the girls let her move one from Kanyegate, Taylor announced that’s she’s movin’ out from mama’s house. She’s a grown girl now, and obviously at least 30 years older emotionally than Kanye West, so why not get her own condo?

Taylor performed the songs 15 and You Belong With Me.

Watch Taylor talk and perform below: