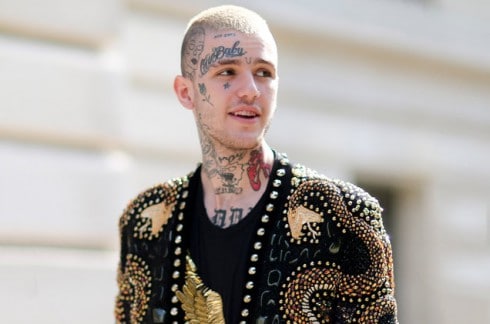 ‘When I die you’ll love me,’ he wrote, as the caption to an Instagram post of himself on stage shortly before his death:

When I die You'll love me

Peep also posted a selfie with two pills on his tongue. And, furthering the ominous social media posts connected with his death, there is a video circulating of a Snapchat a friend of Peep’s made. In the Snapchat video (which we are not embedding, but which you can view by clicking the link), Lil Peep appears to have already overdosed, or possibly even died.

His friend Elijah Daniel speculated that Lil Peep’s death may have been connected to depression. “tell ur friends u love them,” he wrote on Twitter. “talk to people about ur problems, let ur friends know they’re not alone. know u arent alone. idk. im sad. depression isnt trendy its an awful rotting feeling. lil peep deserved a happy ending.”

In a since-deleted Instagram post, Peep’s ex-girlfriend Bella Thorne wrote, “I’ve been expecting this call for a year. Mother f***.”

Just this August, Lil Peep released his first album, Come Over When You’re Sober. Here’s the video for Peep’s track “Switch Up”:

VIDEO Why was YouTuber Elijah Daniel kicked out of Vidcon?