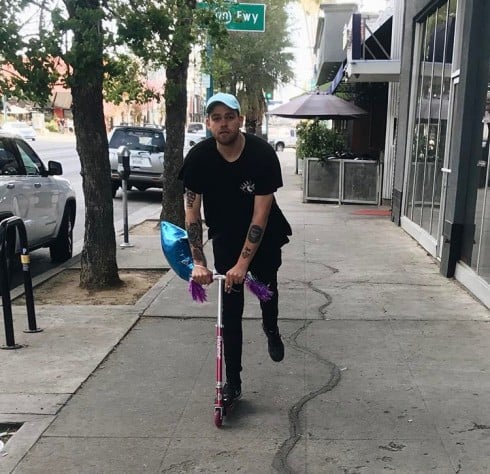 Elijah Daniel, the gay straight-man of the hilarious “Elijah and Christine” YouTube channel, got kicked out of Vidcon today.

Here’s some footage of the YouTuber being escorted out of a Vidcon venue:

Here is a great vid of @elijahdaniel getting kicked out of the Hilton pic.twitter.com/cMeugtErZx

Elijah didn’t explain why, but followed up with, “SHOUTOUT TO THE WOMAN WHI WORKS AT @VIDCON WHO JUST F**KING GRABBED MY WRIST IN FRONT OF 50 FANS AND SAID I WASNT INVITED LMAO.” His fans were quite upset about the incident, so they started a petition to unban him on a styrofoam takeout container. 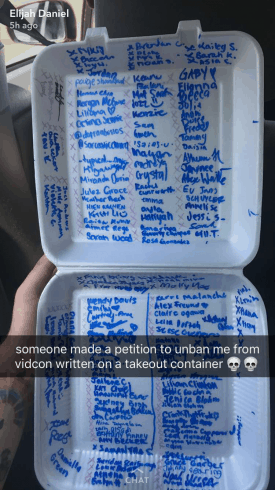 Elijah’s other half Christine has been visiting family in Chicago for about 3 weeks. It’s been far too long since they uploaded a new vlog together, and about a month since they dropped their second song, “Shooketh (ft lil aaron.)”

Did vloggers The ACE Family fake being robbed for YouTube? (Exclusive Receipts)

Snooki tells the story of how chugging SoCo and vodka helped her land Jersey Shore gig ?