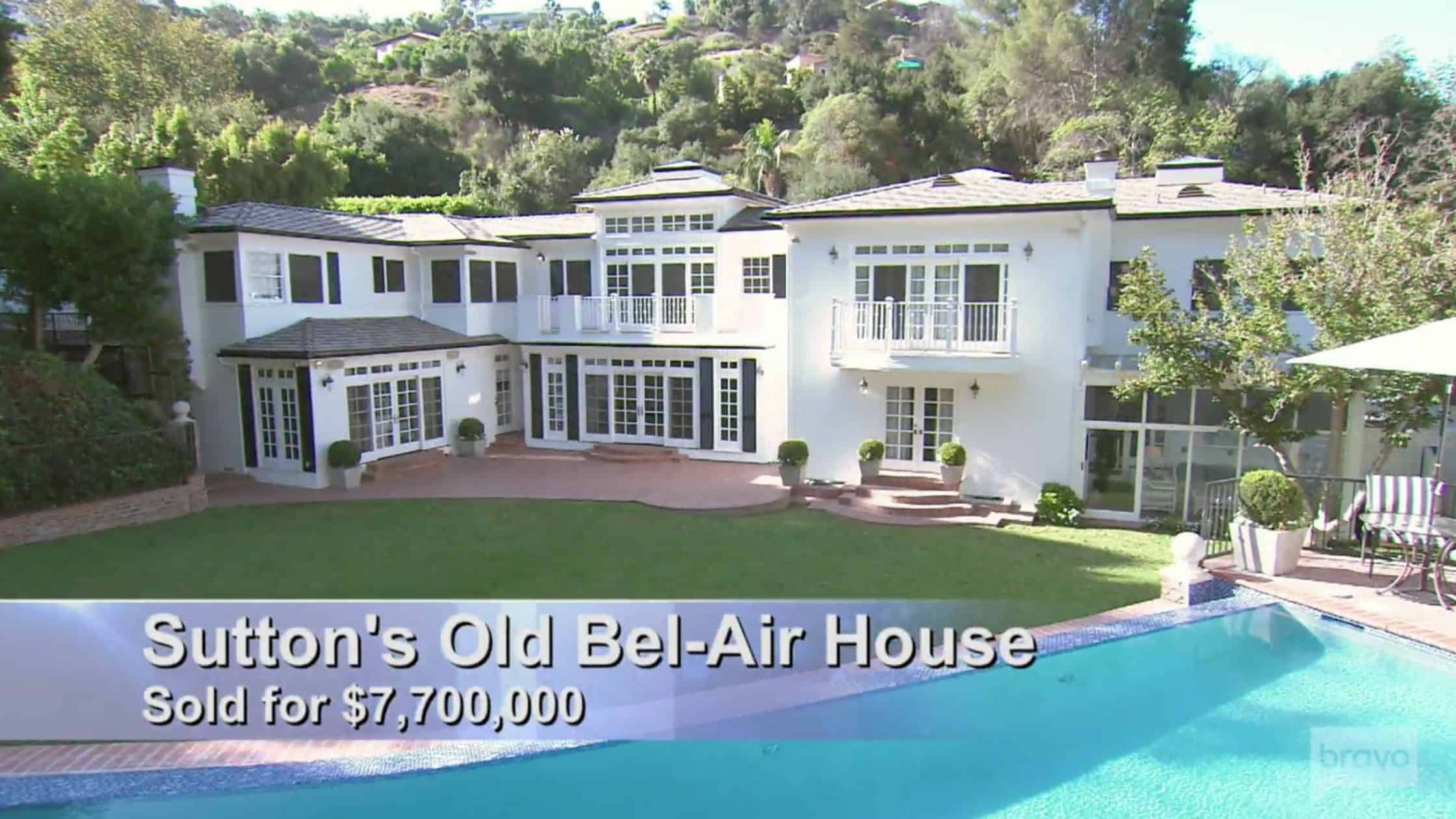 Real Housewives of Beverly Hills‘s new full-time castmember Sutton Stracke took the opportunity of COVID-19 to do a little house-shifting. She sold her $7.7 million Bel-Air mansion and bought a $5.4 million Bel-Air mansion. The only problem is that her new house is getting an extensive makeover, so for an indefinite period of time she’s rent Kyle Richards’ house that she moved out of in 2017 to settle in Encino, CA. 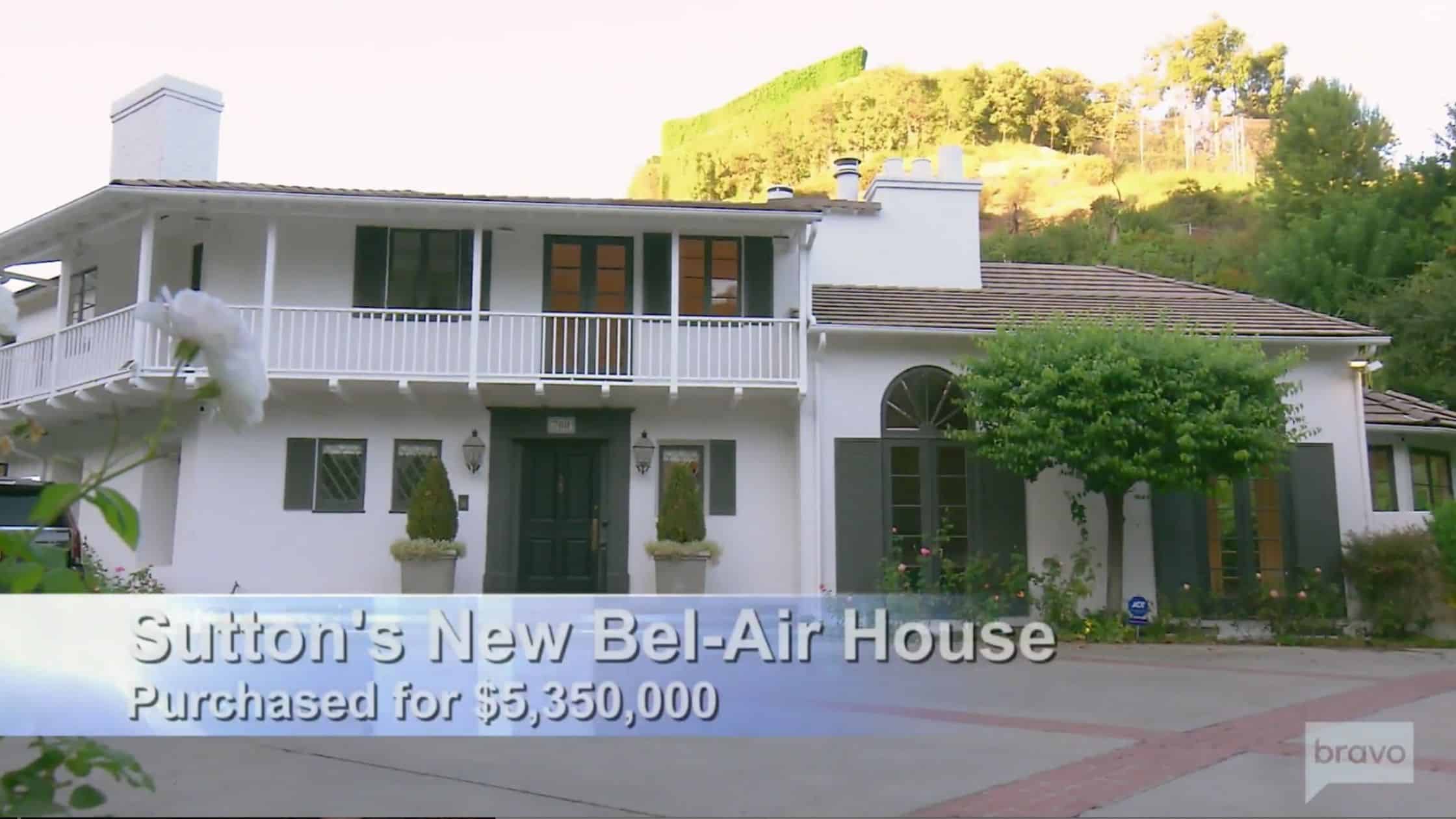 Sutton purchased the home with her ex-husband Christian Stracke in 2012 for about $7.7 million (price according to what was shown on RHOBH.) Last June, 2020, she listed the home for $8.95 million, according to Realtor.com. 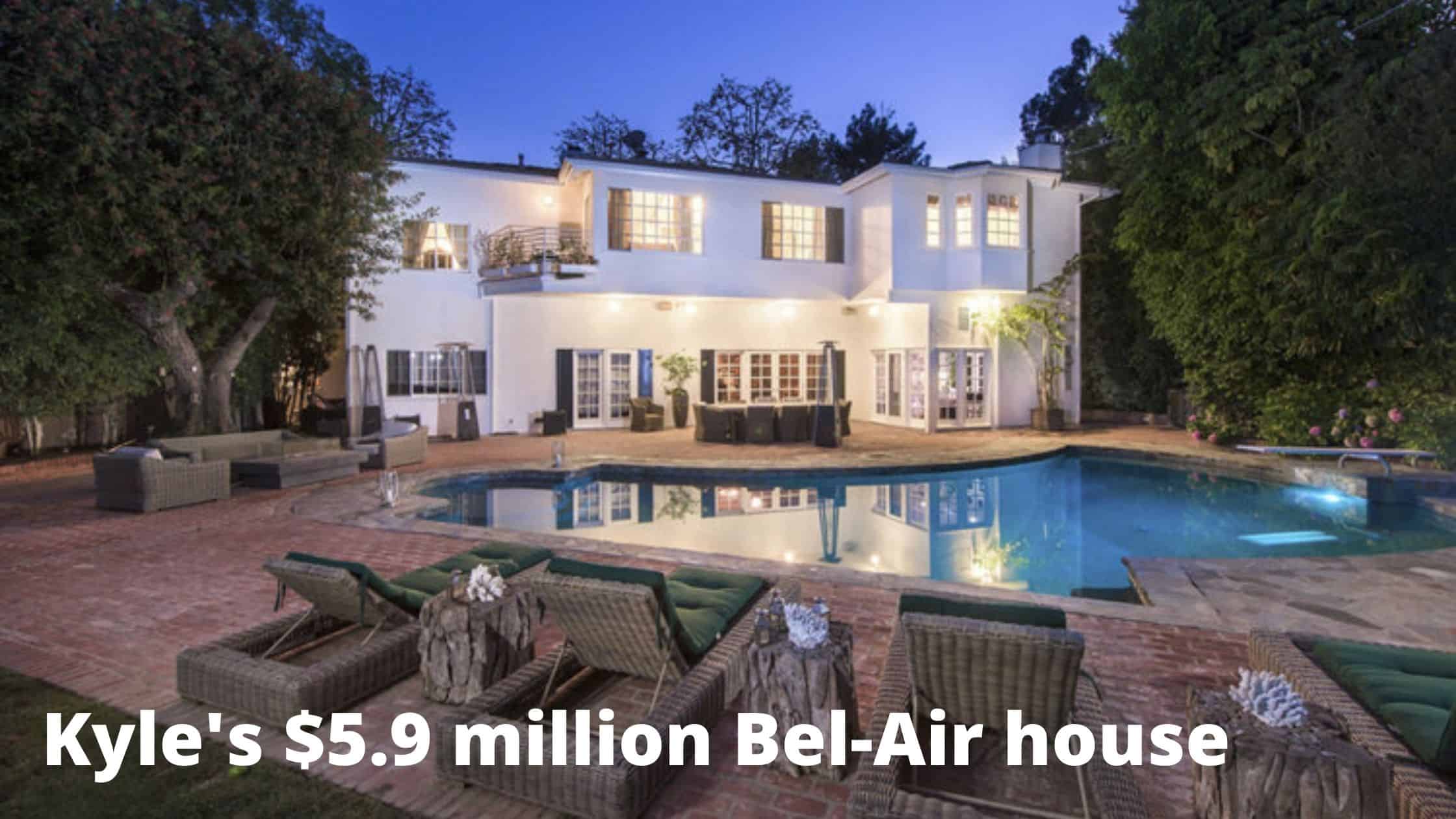 Does renting from Kyle cause any trouble?

While there is plenty of drama on this season of the show, it’s not between Sutton and Kyle. In fact, Sutton told Page Six that it’s only brought them closer.

“Kyle and I are very close,” Sutton told Page Six. “Doesn’t hurt that I’m living in her house, but Kyle’s a very open person, and she’s also very down-to-earth and what you see is what you get, and she’s very nurturing as well. I’ve had a tough year. I’ve sold my house. My daughter [Porter] went to college. Like, all of these things that she’s done as well. So, she’s kind of coached me through them as a friend. And I really appreciate everything that she’s done for me. It’s real. It’s not fake and phony. It’s like a true friend.”

Thankfully, they have a third party handling the money, so Sutton and Kyle don’t have to worry about the typical landlord tension and can focus on more personal matters. Kyle did, however, offer Sutton a “Friends and Family discount.” Instead of the $25,000 a month she would normally charge for rent, she’s only asking $20,000 from Sutton. Even $25,000 is a discount for what she was originally asking for it when it was put on the rental market last year. Before Sutton snatched it up, the rental price was $30,000 per month, according to Bravotv.com. Apparently $20,000 is the annual rate, and the property has previously rented as a short-term summer rental for a whopping $50,000-a-month. 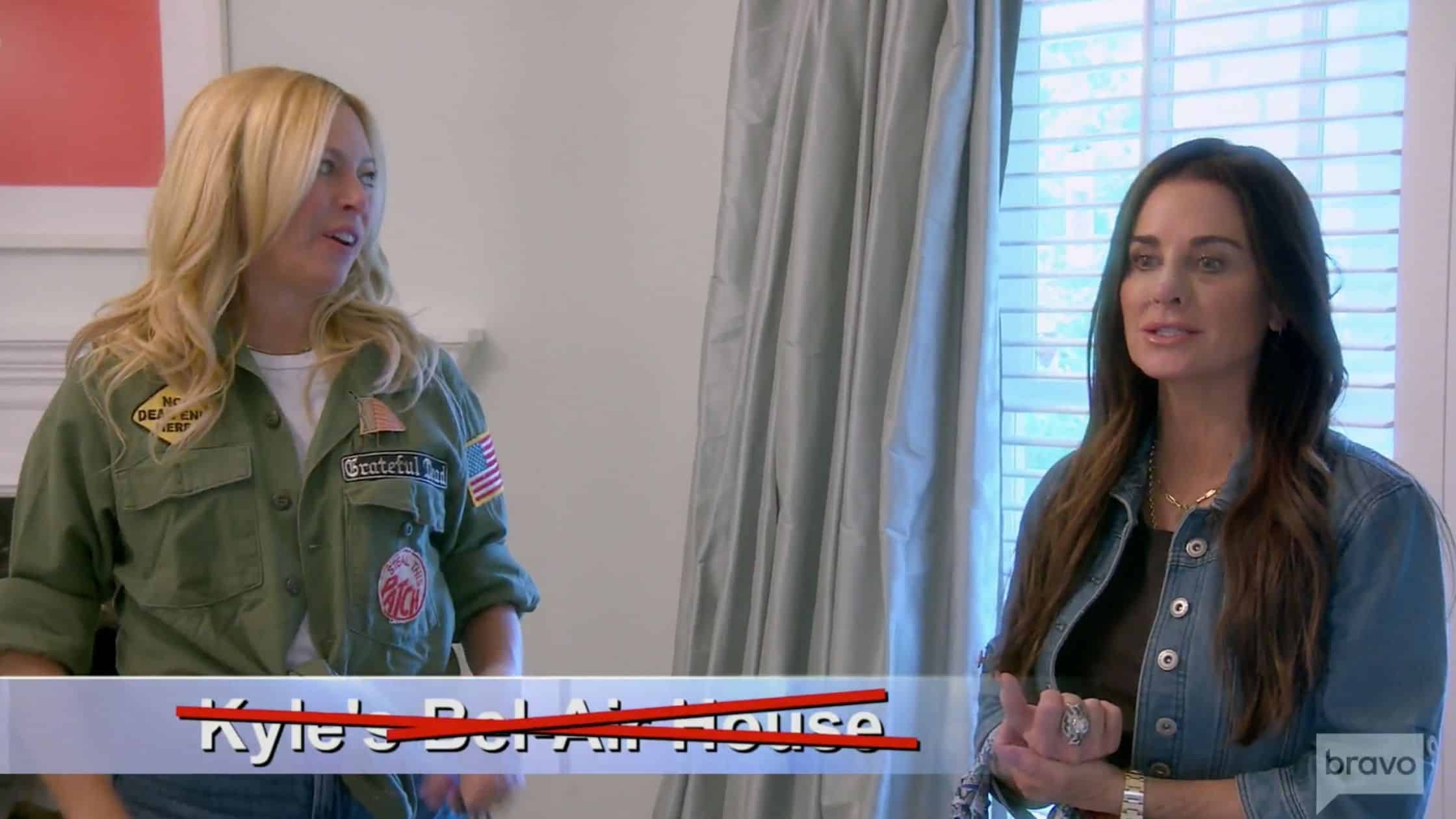 Of course, Sutton has done a little decorating for her stay in Kyle’s home, like this painting of herself and her daughter. 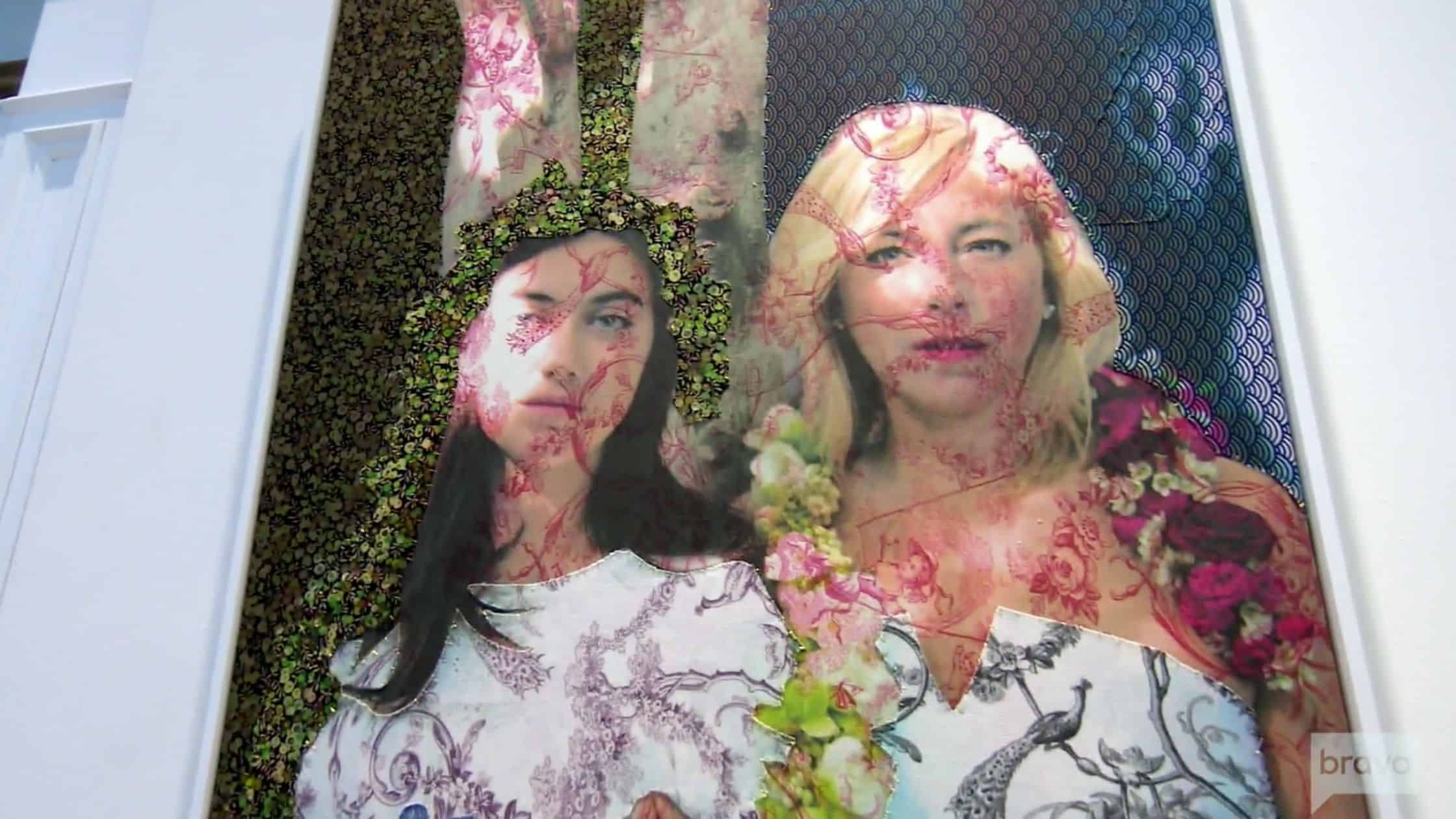 In the premiere episode of Season 11, Kyle, who’s obviously still attached to her former home, stopped by to see what’s Sutton’s done with the place. “It feels so strange to be walking through my home and looking at someone else’s things,” Kyle says about the experience. “I keep picturing how I used to have the house, versus how she has is now. It makes me a little sad.”

Kyle’s new mansion in Encino, CA $8.2M was previously owned by Motown legend Smokey Robinson. Before Sutton moved into Kyle’s former Bel-Air property, it was on the market for $5.9 million, which is nearly twice as much as she and her husband Mauricio Umansky paid for it in 2011.

UPDATE: On episode two of Season One, Sutton opened up to Erika Jayne about the emotional and psychological side of moving out of the home she shared with her ex-husband. She had just moved out (and into Kyle’s house) only 10 days ago, and she felt it gave her a release. “The house was symbolic of my marriage, and dependence, and now it’s gone,” she said. Sutton now feels that she has a “pretty little mess” inside of her. She feels like a strong, impassioned woman, and it made Erika “so happy to hear.”

As of May, 2021, Sutton says she has plans to move into her new home soon as renovations are coming to a close, she told Bravotv.com. “I’m not excited to move,” Sutton explained. “[But] I’m excited to be in my new house, for sure.”