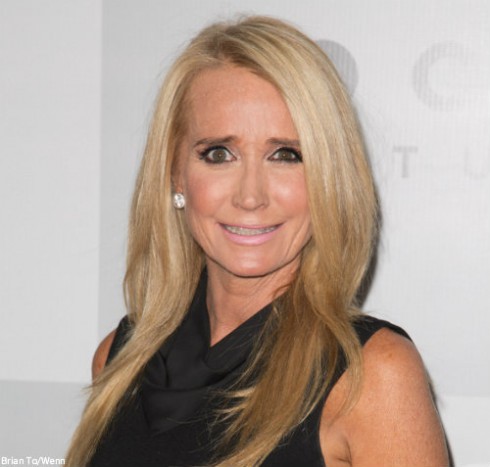 Real Housewives of Beverly Hills‘ Kim Richards faces a legal battle after being charged with the misdemeanors of trespassing, resisting arrest, battery on a police officer and being drunk in public for an incident early this morning.

Sources told TMZ the Bravo star was hanging out at the Polo Lounge in the Beverly Hills Hotel when she was asked to leave because she appeared drunk and was acting “unruly.”

“At some point after midnight, the bartender decided that Kim had enough to drink, and refused to serve her,” an insider told Radar Online. “She became very, very angry, and loudly said, ‘Don’t you know who I am?'”

Kim reportedly then locked herself in a bathroom and refused to come out, even after cops arrived. The officers had to “drag her out” and take her to jail, during which time she allegedly kicked one cop. Kim was charged at the station and released after posting $20,000 in bail money. She is due in court on May 18 to address the charges. 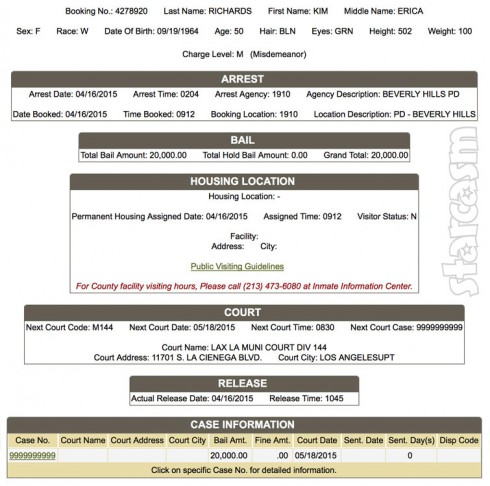 Kim has publicly struggled with her sobriety during her years on RHOBH, but maintained through the last season that she was still on the wagon.

“I wish people would just stop trying to intrude in my life and ‘fix’ a problem that doesn’t exist,” Kim said in her blog after Lisa Rinna suggested Kim was on something stronger than a pain pill during one of their outings. “Would it break their hearts terribly to know and accept that I am healthy and well? … I am still sober and strong mentally and physically. However, that one situation did not give anyone the right to spread the rumor that I had relapsed and been drinking.”

Here’s to hoping Kim gets the help she needs.