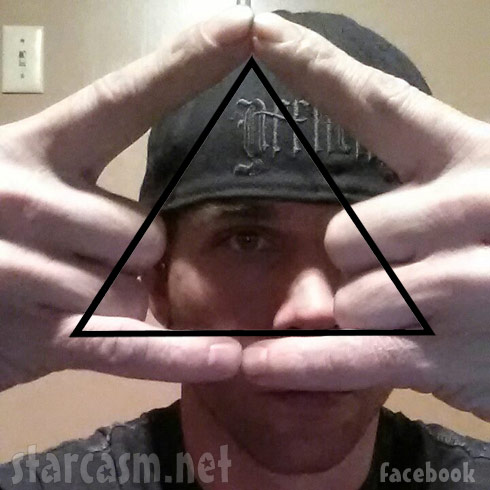 Original Breaking Amish cast member Kate Stoltzfus has accomplished a seemingly unheard of feat (outside of America’s Next Top Model) by parlaying a reality show role into a viable professional modeling career with a resume that includes extensive work with Spiegel as well as a variety of other coveted jobs. Apparently Kate’s cast mate Jeremiah Raber doesn’t think her success was completely merit-based as it is revealed on the “Return To Amish: The Shunning Truth Reunion Special” that he believes her success was thanks to the Illuminati.

Here’s a preview clip in which Jeremiah appears reluctant to even mention the Illuminati, citing that he has received death threats after posting about it on Facebook. Kate, on the other hand, is all-too-willing to explain Jeremiah’s take on her successes, albeit not without bursting out laughing at one point:

In case you were wondering what the Illuminati is — or at least what it has become, Kate explains it pretty well. (If you’re still looking for more info, check out the Illuminati Wikipedia entry.) Here’s a transcript of the clip:

Kate Stoltz: He thinks that I’m selling my soul and there’s, like, somebody giving me a hand up — that every single job that I get is because somebody gave it to me. He thinks that, because I’m in the Illuminati -” [breaks off laughing] 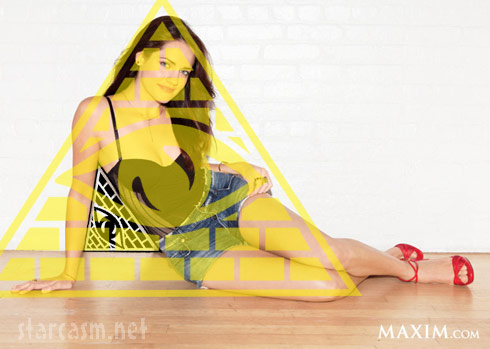 Host Michelle Beadle: Illuminati. What is the Illuminati?

Jeremiah Raber: I’m not even going to talk about it.

Michelle: Well, somebody has to talk about it.

Michelle: Do you think that she can’t make it on her own, that the only way she could’ve done it…

Jeremiah: Absolutely she can.

Michelle: Can you just tell me why you don’t want to talk about it?

Kate: He thinks it’s because they’re going to kill him.

I think my favorite moment is the look on Kate and Sabrina’s faces after Kate says, “He thinks it’s because they’re going to kill him:” 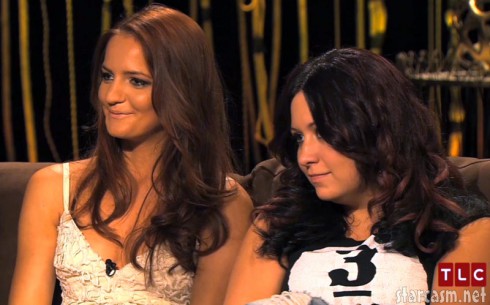 As far as Jeremiah’s online ramblings about the Illuminati, they must have done a good job cleaning up because I couldn’t really find much. I do remember that for a while he had as his Twitter profile photo a picture of himself with an Illuminati pyramid eye tattooed on his neck. That photo has since been deleted, and sadly, I didn’t save it. (How was I to know he would bring up the Illuminati on the Reunion Show!?) I did have the one at the top of this post, though, in which Jeremiah is seen recreating that most famous of Illuminati symbols.

UPDATE – It seems perhaps Jeremiah is courting the Illuminati’s favor as he just started an eBay auction for a framed autographed photo of himself (opening bid is $15 plus $10 shipping) in which he is wearing a shirt featuring the pyramid eye as well as the words “Society” and MAke a change.” (My apologies if this is actually a Freemason logo or something – I have no idea about this stuff, which is probably why I’m not a huge music star or professional model.)

Be sure to tune in to the “Return To Amish: The Shunning Truth Reunion Special” airing tonight at 10/9c on TLC, if not for Jeremiah’s insights into the Illuminati, then to watch the best non-romantic relationship on television: Jeremiah Raber and Michelle Beadle! Where’s their spin-off TLC?!? Can’t we put them naked and afraid on an island somewhere?