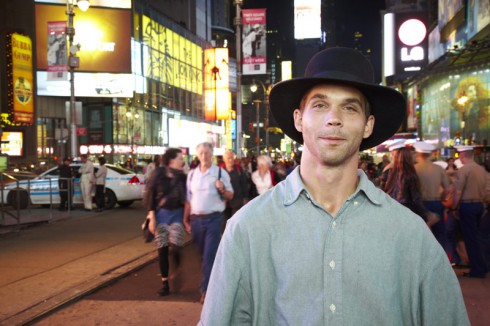 It’s beginning to look more and more like TLC needs to change the name of their new hit reality series Breaking Amish to Faking Amish as more information is revealed about the cast members and how they aren’t exactly as “fresh off the farm” as the network would have us believe. The latest blow to the reality of the “reality” show comes in the form of an interview with cast member Jeremiah Raber’s ex-wife, and mother of his three children, Naomi Stutzman.

Yes, you read that right. Not only is Jeremiah Raber (seen in the photo above) divorced, but he has three kids back in Ohio. But that’s nothing new. What is new is that central Pennsylvania news station WPHTV CBS 21 spoke with Stutzman and she had some rather harsh things to say about TLC and Breaking Amish. “This show is fake,” Stutzman bluntly stated. 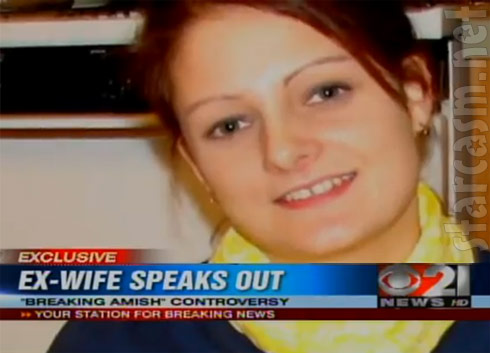 Here’s the video from WPHTV:

She points out that Jeremiah, who is now in his 30s, hasn’t been Amish since he was 18. Stutzman also explains that she and Jeremiah were married for six years and share three children, for which she says he owes $20,000 in child support — part of which has since been paid by TLC. (Perhaps she means that Jeremiah was able to pay some of his child support with money received from TLC for doing the show, otherwise it would be incredibly difficult for the network to deny knowing about his true past if they were sending money to his ex-wife for child support!)

So what about Jeremiah being shunned and never having driven a car, as claimed on Breaking Amish?

“It’s so untrue. Jeremiah’s mom and dad bought him two cars to help him out when he left the Amish. He was never shunned. He was spoiled rotten,” Stutzman explained to us over the phone.

Here’s a photo from Jeremiah’s since-deleted MySpace profile of a red Ford Ranger pickup, which he captioned “my lil red:” 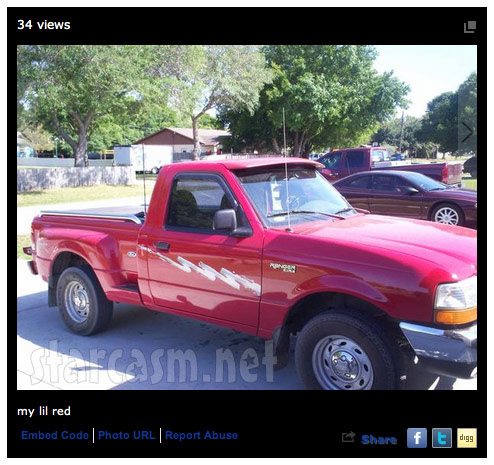 The photo is obviously fairly old because Jeremiah, like pretty much everyone else, hadn’t accessed his MySpace page in years. OK, back to Naomi’s comments…

“Whenever we needed money for rent he’d go crying to his mom and she would pay our rent. I was Amish and left. I was not shunned. It’s different in different communities. The Amish community is upset with him because the stuff is not true in real life.”

She continued, “My family is livid because they took him in and cared for him, now he is doing this? I’m not surprised at him. What surprised me was TLC. My kids and I watch TLC. They are supposed to be a family channel. For them to do this is appalling.”

“The kids and I suffered for years at the hands of this man,” Stutzman tells the station. “We went through multiple things.”

And here’s a photo reportedly of Jeremiah from 4-5 years ago shared on Facebook: 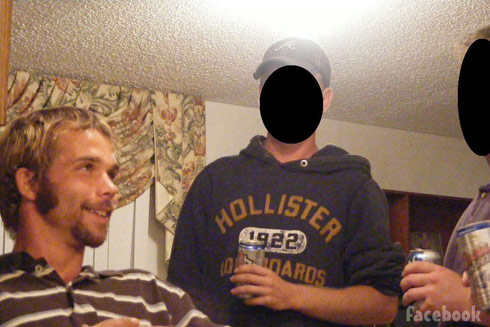 That is a pretty lax Amish environment right there!

Perhaps even more amazing than Naomi’s revelations about the inaccuracy of Breaking Amish is what she claims happened just prior to doing a recorded interview on camera for WPHTV. According to the station’s report, “when TLC found out CBS 21 was trying to set up an on-camera interview with her, she said TLC offered her ‘whatever she wanted’ to stay quiet. Now, she won’t return calls or emails.” Hush money?!? From TLC?!? Over a reality show?!? This is amazing!

WPHTV contacted TLC to get a statement about what Naomi had told them and they responded with, “This accusation is absurd. TLC has never and will never offer or provide any payment for something like this.”

TLC hasn’t addressed specific criticisms surrounding the characters (such as Rebecca and Abe apparently having a child together and Kate entering an online modeling contest in 2010) but they have said some of the issues surrounding one particular character are indeed true and that the fallacies will play a part in a future episode. Our guess is they are talking about Jeremiah because his “fakeness” seems the most obvious. Plus, TLC references a single cast member, which would seem to eliminate Rebecca and Abe.

What is most frightening about this whole ordeal is that the “fake” claims seem to be doing nothing but help promote the show, which might open the door for more patently fake documentary style reality shows in the future. (So from here on in there will be inevitable moon landing conspiracy type folks questioning whether anything we are watching is real or not. “Those aren’t real ships on Deadliest Catch! They are models in a tank in a studio in Los Angeles!”)

UPDATE – Perhaps it wasn’t TLC wh lured Naomi away from WPHTV but Star magazine because the tabloid has published an article with quotes and photos from Naomi with more juicy details of Jeremiah’s life pre-Breaking Amish including his driving skills, familiarity with cell phones, and admiration for… casinos and strip clubs?!?

UPDATE – It seems Naomi didn’t reveal everything about Jeremiah to Star! Check out Jeremiah Raber’s mug shot photo from a 2005 domestic violence arrest stemming from an altercation with her, as well as information on 17 other police reports involving Jeremiah — eight of which were for domestic violence!