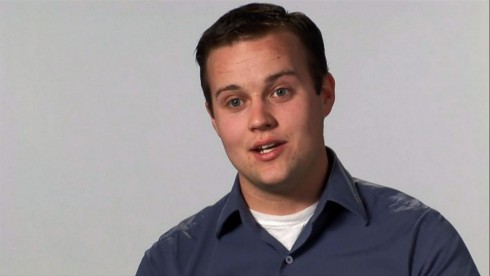 It’s been two years since Josh Duggar’s secret past was exposed to the public. He reportedly sexually abused five minors, four of whom were his own sisters, when he was a teenager. This bombshell news was soon followed by more recent scandals. He checked into a Christian counseling and rehab center after it was revealed he was cheating on his wife Anna with the help of affair website Ashley Madison.

Now there are reports that he’s person-non-gratis no longer with his family and their reality shows. He’s reportedly coming back to television to open up about his indiscretions. The report also claims that he won’t be apologizing, though, because he feels like “outside” forces made him do the things he did.

“Josh will appear on the next season of his sisters’ series,” an insider told InTouch. “The plan is for him to address everything he’s done. What he has to say will be ratings gold, and TLC — and the Duggars — know it.”

28-year-old Duggar had to step down from his lobbying job with the anti-LGBT Family Research Council over his scandals, and ever since he’s been struggling to find work. Earlier this year there were reports that he got a job selling cars, but “wasn’t doing well at it.” Stepping back into reality television could be a way for Josh to avoid working a 9-5.

“Josh will cover everything and he will maintain the family line that God has saved his soul and guided him back to the right path,” the source said. “But one thing you probably won’t hear is that he’s actually sorry, as he believes that external forces were to blame for his behavior.”

If it’s true that he’s not sorry and doesn’t feel at all to blame for molesting his sisters and cheating on his wife, that definitely leaves an outlet for future transgressions. The belief that outside “devilish” forces make us do bad things is a convenient way to not feel responsible for our own actions.