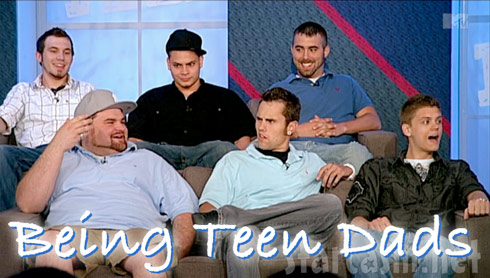 MTV’s ground-breaking docu-series Teen Mom shines a harsh spotlight on the difficulties faced by young mothers forced to leave their adolescence behind as they face the responsibilities of being a parent and the maturity it requires. But, the network doesn’t want us to forget that the dads also have their side of the story, and on Sunday, June 8 they will get to tell it as part of the “Being Teen Dads” special!

The “Being Dad” special will feature dads from Teen Mom and Teen Mom 2 including Ryan Edwards, Corey Simms and Jo Rivera for sure, It will first air at 11/10c in the morning after a marathon of MTV’s previous Teen Mom catch-up specials “Being Catelynn,” “Being Farrah” and “Being Amber.” “Being Teen Dads” will have an encore airing Sunday evening at 8/7c (and will be followed by “Being Amber” and then “Being Maci”).

Here is the brief description of the show from the TV listing: “Jo and Vee consider marriage; Corey works on co-parenting with Leah while having a wife; Ryan is ready to move out on his own.”

According to The Ashley, the “Being Teen Dads” special “will have the same ‘behind-the-scenes’ feel as the ‘Being Maci’ and other specials and was not shot in front of a studio audience.” She adds that “The interviews were taken at the guys’ homes and feature candid conversations about fatherhood.” The interviews were reportedly conducted in April and May, so the topics discussed should be relatively up to date.

As The Ashley mentions, we can only hope there will be more great Teen Dad revelations like Gary Shirley’s confession that he once used Saran Wrap as a makeshift condom, which garnered this shocked reaction from his Teen Dad posse:

Simon Saran says Debra is trying to take Sophia away, slept with 2 men while babysitting, etc.