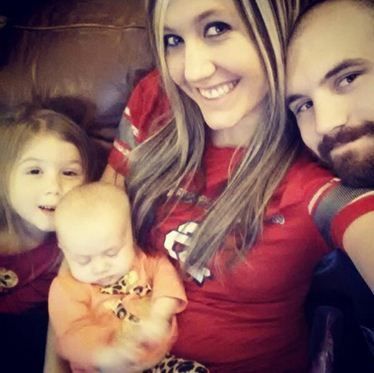 Teen Mom 2‘s Chelsea Houska has struggled with ex Adam Lind having a baby with girlfriend Taylor Halbur, but that doesn’t change the fact that baby Paislee is Aubree’s half-sister. Have Chelsea and Taylor been able to move past their differences for the sake of the kids?

After the birth of baby Paislee, Adam was in a severe car crash. Since the crash Adam has been seeing Aubree more often, a source tells Starcasm. Our source also reveals that Chelsea has “accepted that Paislee is Aubree’s half sister and wants them to have a relationship.”

After the birth of Paislee, Taylor and Adam broke up for a few days, according to our source, but Taylor decided to take him back. Even though Aubree and Paislee are forging a relationship, Chelsea and Taylor still have some major tension.