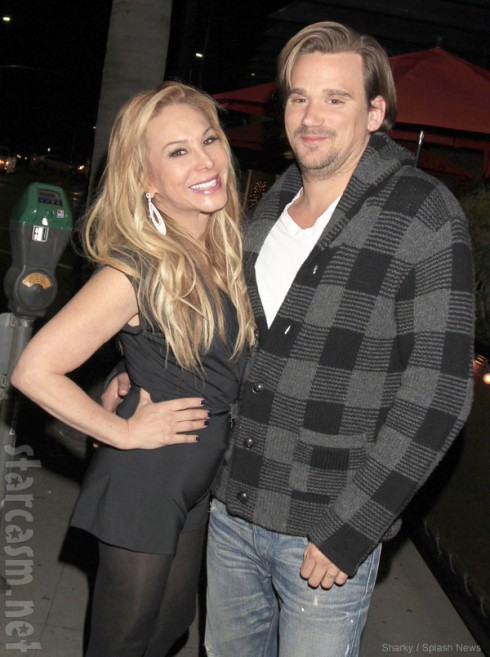 Adrienne Maloof is currently dating the son of rocker Rod Stewart and one time star of Celebrity Rehab, Sean Stewart. But since Sean is nearly twenty years younger than the 51-year-old Adrienne, many have called the relationship a rebound. However, Adrienne is now opening up about their new “casual” romance and defending him against his old party-boy ways.

“This started as a business relationship and now were casually dating. It’s casual, real casual,” Adrienne confirms to PEOPLE Magazine, noting that Sean is “a lot more mature than a lot of 60-year-olds at this time in his life.”

Sean had been a partier in his younger years and his battles with addiction were turned into headlines many times, as well as a couple of arrests for assault, but Adrienne says that’s all in the past. “That was when he was a young kid,” says Adrienne. “He’s been clean and sober for years.”

So what is it that Adrienne has been drawn to? “He understands my world, the entertainment industry and being a public figure,” she says, adding that she is a fan of his famous father. “His dad is lovely,” she says, “A very nice person.”

As for the rumors that Adrienne recently moved Sean in to her Beverly Hills mansion, she says, “We are not living together. He has his own place. He has a nice place.”

This isn’t the first relationship Sean has had with an older woman. In 2010, he became engaged to Chantel Kendall, the ex-wife of Kansas City Royals star Jason Kendall, who was 9 years his senior.