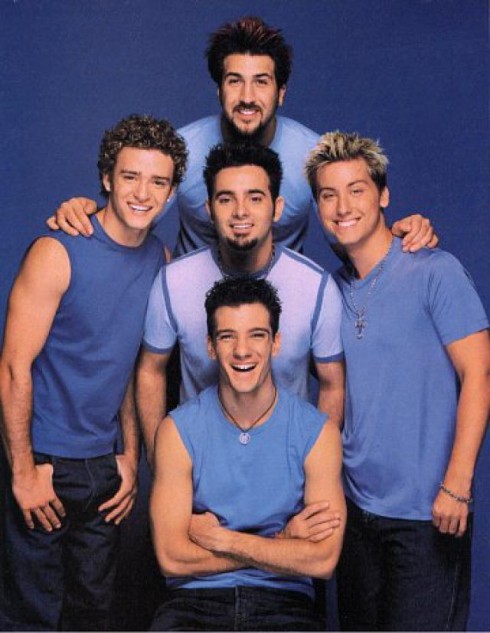 It’s been 10 years since Justin Timberlake, J.C. Chasez, Lance Bass, Joey Fatone and Chris Kirkpatrickperformed together in a televised show. According to reports, that will change this weekend when all five members of ‘NSync come together for a performance at the MTV Video Music Awards.

Justin, the obvious break-out star of the group, is already set to perform at the show. He is tied for the most nominations of the year and will receive the Michael Jackson Video Vanguard award.

The idea of a one-night-only reunion quickly reverted grown women back into versions their teenage selves. The band is currently trending on Twitter and the news is creating a lot of buzz for the VMAs, which will take place this Sunday night.

Earlier this year, Beyonce — who was the break-out star of her own group — invited former band mates back for a performance during the Super Bowl Halftime Show. For many viewers, it was the highlight of the show and it reportedly helped ratings during the mid-game break.

Still, it has taken a while to get all the former boy banders on board.

“I don’t think we’re doing anything,” Lance told Life & Style in February. “I don’t think [a reunion] would happen. Everyone is doing their own thing. Justin’s doing his thing. I don’t think he would have a moment off to do an *NSYNC album. He’s the busy one.”

Before that, Justin said a reunion show was “not in the cards.” But, after the rest of ‘NSync was spotted in the VIP section of Justin’s concert in Miami on Friday, speculation about a reunion started anew. Today, a source confirmed to The New York Post is definitely happening.

In honor of the reunion, let’s take a trip down memory lane. (Just try to make it through the first 30 seconds of this video without smiling…)