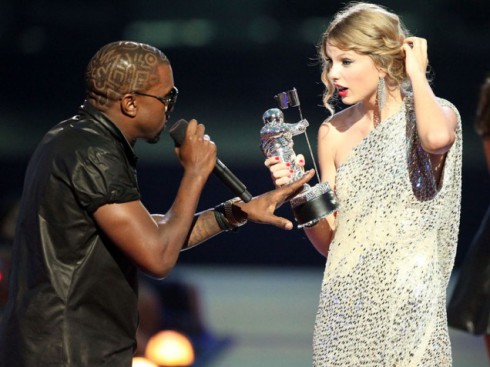 Taylor Swift is getting better and better at making subtly funny pop culture references. First, she used her own song lyrics to warn potential trespassers. Then, this week, she made a perfectly played dig at Kanye West, who famously interrupted her at the 2009 VMAs.

Taylor’s latest tactful take-down was shared by her friend Ed Sheeran on Instagram. Apparently the Red singer made Ed a jar of jam to congratulate him on his own VMA nomination. She sent the thoughtful gift to him with a note that read: “Yo Ed—I’m really happy 4 you and I’m gonna let u finish but this is the best JAM OF ALL TIME. —T” 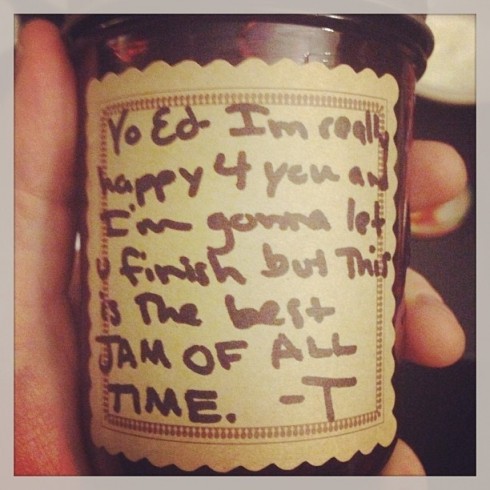 Following the infamous incident at the VMAs — where Kanye interrupted Taylor by saying “I’m really happy for you and I’m gonna let you finish, but Beyonce had one of the best videos of all time” — he never really offered a sincere apology to the younger singer. Instead, he simply addressed the controversy on his blog and on the Ellen DeGeneres Show.

“I feel like in some ways, I’m a soldier of culture and no one wants that to be my job and I’ll never go on stage again,” Kanye told Ellen. “But, will I feel convicted about things that really meant something to culture? … I’m sorry, I will.”

Even though Taylor’s said she’s forgiven him, she’s definitely well within her rights to make a few jokes about it every now and then!