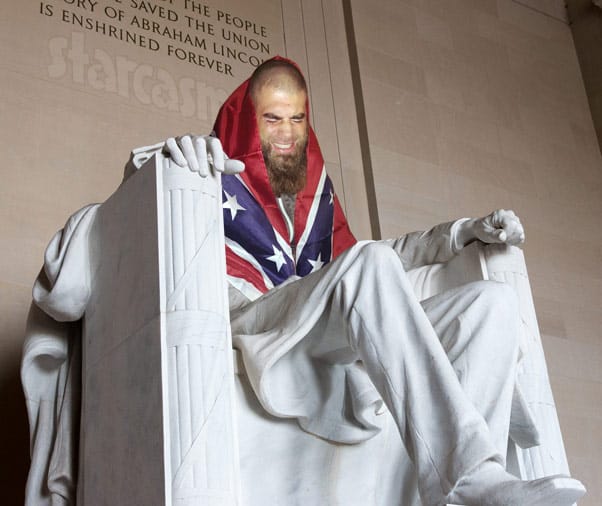 Teen Mom 2 star Jenelle Eason’s husband David Eason has certainly been receiving his fair share of bad press over the past couple of years, but could it be that painting David as an abusive backwoods homophobe is just fake news? A new report suggests that we may not be seeing the true side of David — an alleged victim of domestic violence whom his high school friends called “Honest Abe.”

The post, which was shared by Jenelle on Facebook earlier today, is the very first article on TheMicDrop.net and is titled “EXCLUSIVE: David Eason Suffers Abuse From Past Relationship (PICS).” The exclusive details about David’s experience with domestic violence (including injury photos) comes from “a source close to his ex,” but first we should set the stage a little bit by shining a light into David’s past. (No, not that past.)

Here’s the biographical scoop from The Mic Drop:

One character that doesn’t get mentioned often about his past is David Eason. David has a past of his own and fans often believe it’s all bad. Personal friends and family have spoken out recently about this claiming he had the nickname of “Honest Abe” in high school and was always a helping hand. David spent his childhood growing up teaching his friends about the country and the in/outs of hunting.

Unfortunately for Honest Abe, he got into a relationship with Olivia Leedham, the future mother of his son Kaden who allegedly liked to drink a little too much. The source claims that Olivia would “consume as much as an entire liquor bottle to herself” prior to Kaden’s birth, and goes on to share details from a specific instance in which Olive was so drunk that even an Eason alarm clock couldn’t wake her up.

“One night a friend of David’s saw Olivia was passed out on the couch from drinking too much liquor,” the source claims. “David’s friend shot his gun off in the air and Olivia still would not wake up!”

The source says that Olivia would eventually begin attending Alcoholics Anonymous meetings, and that she and David “continued to date on/off for about two years.”

After David’s son was born, he agreed again to give it another shot to be with Olivia again, after breaking up again recently. Olivia asked David to come with her to another AA meeting and David did not want to attend. Olivia then started yelling at David calling him names and started pushing and punching him infront of their newborn baby. David then went outside to his truck and took pictures of the marks she left! These images have never been released to the public until now!

You will have to visit The Mic Drop to see the images, but they include a red area above a nipple as well as more red marks near what looks to be the inside of an elbow.

Unfortunately, when Olivia wasn’t drunk on booze, she was drunk on hormones. “During Olivia’s pregnancy she was very hormonal and would argue with David frequently,” says the source, before describing an incident in which Olivia got upset at David while he was driving. She insisted that David let her out, but he refused, so she started throwing his stuff out the window.

Olivia eventually found the opportunity to jump out of the truck while they were stopped at an intersection, and after refusing to get back in the vehicle, David drove off. He called his sister Jessica and asked her to pick Olivia up. 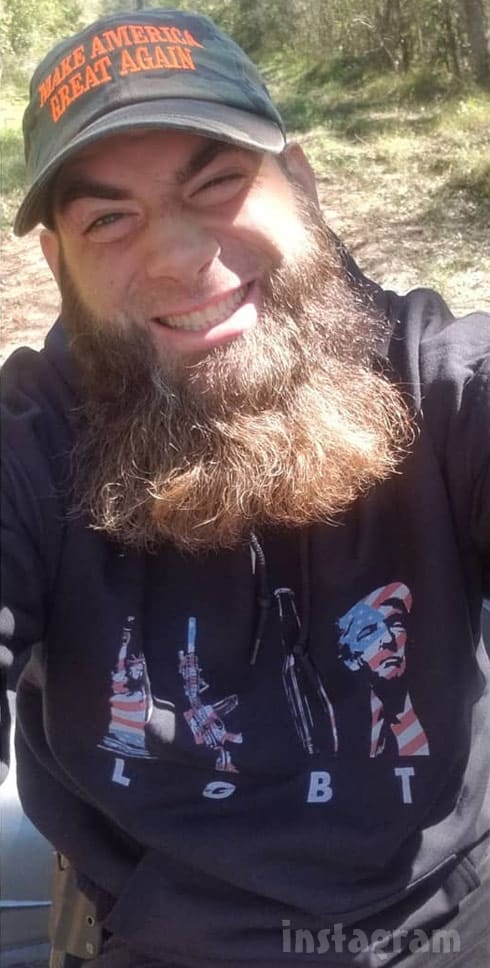 Even back then, David was the victim of fake news as Olivia tried to spin the story. “Olivia accused David of ‘leaving her’ on the side of the rode [sic] ‘being pregnant,'” the source says.

By the time Olivia got to Jessica’s house, David had left to go fishing with a friend. That infuriated Olivia, so she took his truck back to their place and — with the help of an ex-boyfriend — started loading it with all of David’s possessions. After driving the truck with David’s stuff back to Jessica’s, “Olivia waited for David to get back from the river, then Jessica and Olivia begged and pleaded David to forgive her. David surprisingly forgave her.”

The article describes another incident in which Olivia and David got into yet another heated argument, and this time David grabbed his daughter Maryssa and was attempting to leave when Olivia went WWE and threw a metal folding chair at the truck! “It left a mark in his old truck and to this day the dent still remains to this day.” That seems like a drastic enough incident that perhaps David should have called the police — but he couldn’t do that to Olivia. “David did not call the cops or report anything because he claims he didn’t want to ‘ruin anyone’s lives,'” says the source.

That’s pretty much a full recap of the post.

One thing the article doesn’t address is the protective order that Olivia had against David, which included their son Kaden. She got the order after an incident in 2014 while she was still pregnant. According to the court documents, David “did assault Olivia, a female person, by grabbing the victim around the throat and saying to the victim, ‘I will kill you b****.’”

David was later arrested for violating the protective order in 2016 when he saw his son at a grocery store with Olivia’s mother and ran up and hugged him.

As far as the “Honest Abe” nickname, I’m thinking that might have been due mostly to David’s towering height and fondness for facial hair? Or perhaps it was a spiteful moniker used by his friends to get him riled up due to his famous love of the Confederacy?

What are your opinions after the David Eason exposé? Do you feel he has been misrepresented in the media and maybe he isn’t the really, really, really bad guy that the internet makes him out to be?