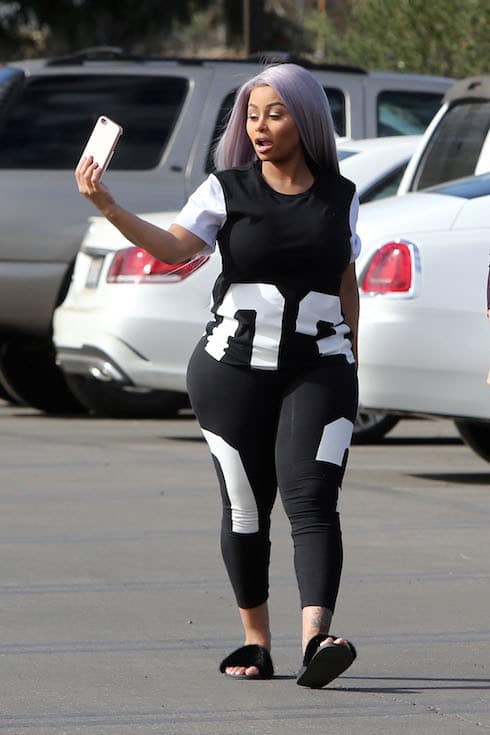 Their recent breakup was widely decried as a publicity stunt intended to drum up ratings for a reality TV birth special, but Blac Chyna and Rob may be dealing with a more serious problem than initially thought. Spousal abuse allegations against Blac–both verbal and physical–have recently come to light, casting a long shadow on what had been believed to be a merely contentious relationship with Rob.

Blac was both “drunk” and in a “rage” before taking Dream and moving out of the house she shared with Rob, according to an article by Kardashian home network E!. “[Blac] was punching him in his back and arms,” said their source, before Corey Gamble, Kardashian bodyguard and boyfriend to Kris Jenner, discovered the fight “and ripped Chyna off of Rob.”

That same source suggested that Rob has taken far more abuse, saying “[Rob] is a victim and she’s using him.” And E! further pointed out that in one of the text messages leaked during Blac’s alleged Instagram account hack earlier this week, more physical abuse was at least implied: “I don’t wanna treat him like Tyga but I will,” said Blac. “Imma slap the sh!t outta him.”

At the same time, though, it’s Rob who has since apologized to Blac on social media, and Blac who’s accepted his apology, leading many observers to wonder whether Rob has accepted more blame than is his:

Blac, though, remains unwilling to apologize for her actions. On the contrary: if sources close to Blac are to be believed, she feels she’s the one who’s owed more credit for helping Rob. “Chyna thinks Rob and his family have a lot of nerve,” Hollywood Life reports, “if they think she needs to apologize for anything that she’s done in this relationship. What should she be sorry for? Getting Rob out of his cave and bringing him into the light? Giving him a daughter? Helping him lose weight? Getting him a reality show?

Added their source, “Rob’s family should be bowing down to hear for saving their son’s life.”

It’s that unwillingness that appears to have triggered the Kardashians’ general ban on Blac Chyna: for starters, it appears that Blac remains disinvited from the annual Kardashian family Christmas party. If additional sources are to be believed, the disinvitation is the beginning of the family stepping away from Blac–and encouraging Rob, 29, to do the same. “Rob’s family is over Chyna,” claims a new dispatch from People. “She is not invited to Kris’ holiday party. [The Kardashians are] trying to distance themselves from Chyna. They can’t stand the toxic relationship. They very much care about baby Dream though. It’s just come to the point when they think Rob is better off without being in a relationship with Chyna.”

Another insider alleged that Kris and company flat-out “don’t support the relationship,” adding “At least some of his family members want Rob to split up with Chyna so they can say, ‘We told you so Rob. You deserve better.'”

Kylie and Tyga are back together–for now

Black Ink Crew Update: Dutchess swears off feud with Donna, promises to be good (for now)

Is Betty White going to play God in a remake of ‘Oh God?’