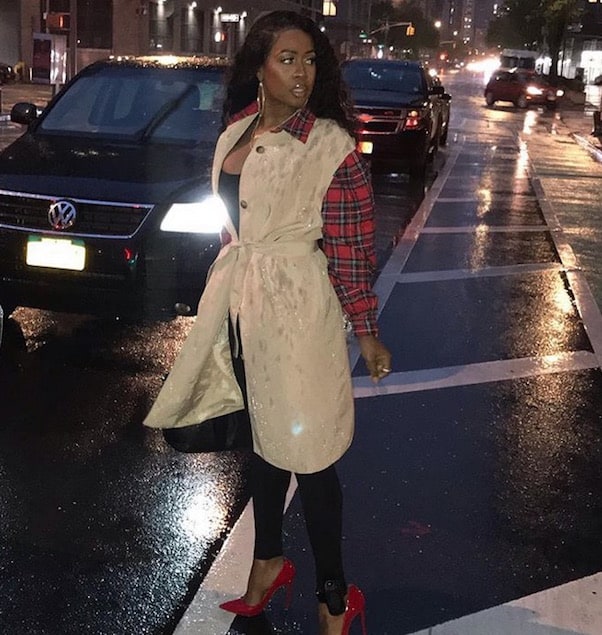 Love & Hip Hop New York star Remy Ma has turned herself in to police and been released on bail in the Brittany Taylor assault case, but it looks like her legal problems may only be beginning. Yesterday, fifteen days after allegedly punching Taylor in the face backstage during a benefit concert at New York City’s Irving Plaza, Remy surrendered to police and was released several hours later after posting a $1,500 bail. And last night, Remy Ma was formally charged with third-degree assault.

Since reports of the assault broke, we’ve learned more — from both sides — about what happened at the concert. As we originally wrote, the initial gossip suggested that Remy had swung on Brittany only after the two got into a heated exchange over something to do with Papoose’s daughter Dejanae earlier this spring. At the time, the gossip was also that Brittany had told Remy she looked like a man.

Not long after going on Instagram with her bruised face, however, Brittany told Hot New Hop Hop that she’d actually come to Dejanae’s aid during a fight several weeks ago — something Brittany says she also told Remy on April 16th. According to Brittany, she “saved [Dejanae’s] life” by stopping an unnamed man from beating Dejanae up during Spring Break.

According to Taylor, everything started during Spring Break she was with Remy’s step-daughter Dejanae. Taylor claims that she defended Dejanae from a man who was beating her up. “What happened with me and Dej in Miami is I saved her—I saved her life, and [Remy] got aggressive [when Britteny told her at Irving],” she said.

There are a few holes in the story, but Taylor says that on Tuesday she ran into Remy at the Irving Plaza during a concert fundraiser hosted by Remy’s “All The Way Up” collaborator Fat Joe. When Taylor apparently was describing what happened with Dejanae, Remy reportedly said, “She was like, ‘That’s not what I heard,’ and she punched me in the face.”

Since then, Page Six has exposed another potential hole in Taylor’s story. Dawn Florio, attorney for Remy Ma, told the judge at Remy’s charging in Manhattan Criminal Court that Remy couldn’t possibly have punched Taylor, as she wasn’t yet at the concert venue by the time Taylor was going live on Instagram.

Said Florio, “The complainant is a liar. My client did not touch her. This is clout chasing at the highest level.”

Remy still has 90 days left on the parole stemming from the 2007 shooting that sent her to prison for seven years. Per New York Legal Defense, a third-degree assault charge “will usually not result in any jail time” if it’s the first arrest on such a charge — but is nonetheless an “A misdemeanor,” meaning it can result in a one-year prison sentence in New York State.

Joe Giudice breaks down over going to prison, looking like a criminal