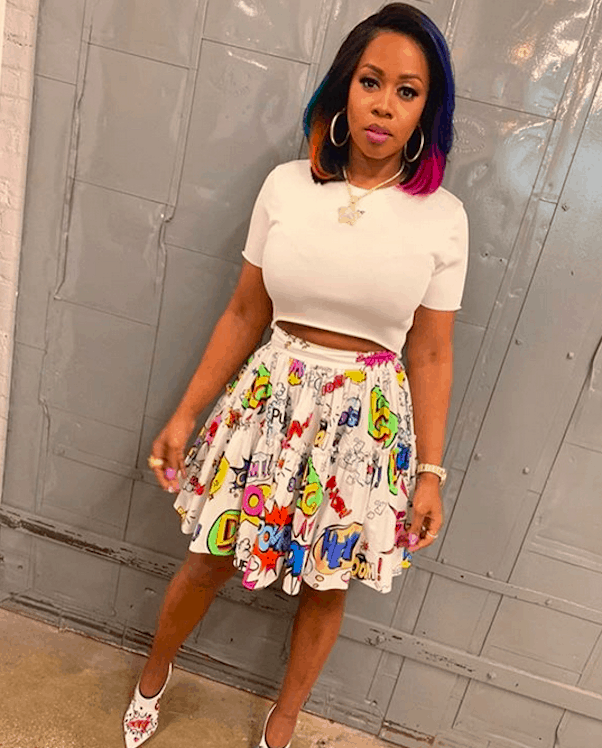 Last week, at a benefit concert at New York’s Irving Plaza, the Remy Ma and Brittany Taylor feud went to another level. Brittany shared an Instagram story from the event, claiming Remy had punched her in the eye without provocation.

“I didn’t wanna bring it to social media because Its pretty embarrassing and not a good look tbh,” Brittany captioned the post, “I tried to cover it up with make up and move on but that still didn’t work. My Question is @remyma why did you really do this?”

Here’s a screengrab of Brittany’s reveal, via @sisterssippingthetea:

Initially, Brittany’s only comment to the media was that “words were exchanged” backstage at the show. She left the venue and headed for a hospital; the next day, Brittany reported the incident to the police, who are still investigating. Brittany has also hired an attorney and says she intends to file charges; this is broadly seen as a bad move on Remy’s part, as she’s still on parole stemming from the 2007 shooting that kept her in prison until 2014.

But the Love & Hip Hop community largely reacted with skepticism, due to the lack of details on Brittany’s part. The current tea is that Brittany was in some way involved with a physical attack on Papoose’s daughter Dejanae a few weeks ago; Dejanae is, of course, Remy’s stepdaughter. There’s also plenty of gossip those “words” that got “exchanged” before fists flew. They allegedly involve Brittany mocking Remy’s appearance and facial features and saying she looks like a man, as well as a few other suggestions about her abilities in the bedroom.

Whatever set her off, Remy doesn’t appear to be sweating. For now, she’s embraced the controversy, posing for social media photos while wearing her ankle monitor:

Page Six also reported that Remy stepped out for the New York City Football Club’s Bronx Borough Night at Yankee Stadium this past Wednesday. Remy appeared alongside Papoose, Fat Joe, Tony Sunshine, and Angelica Vila; fans at the game “were so excited to see” the Bronx-born stars.