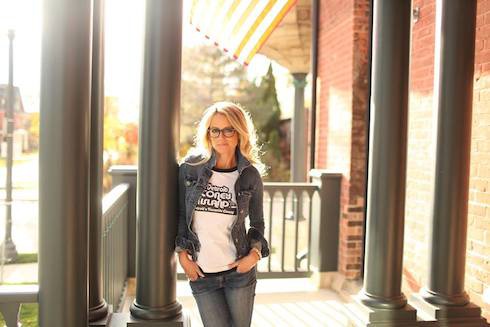 Was Rehab Addict canceled? Or is Nicole Curtis considering stepping away from the show that made her a star? That’s the question that concerned fans are asking themselves, following a recent and cryptic Facebook update from Curtis herself.

The “Rehab Addict canceled” possibility has been all the more surprising for Curtis’ fans since it seems like everything’s been going well for the DIY Network mainstay. It was only a few weeks ago that Nicole Curtis announced the Rehab Addict Season 7 premiere date, and revealed that the season would focus on renovating her grandparents’ own house in a 50s throwback style.

And it was only last fall that Curtis unveiled the Rehab Addict Ransom Gillis episodes, which focused on Curtis’ efforts at restoring one of Detroit’s grandest old mansions. Between the two projects–and hints from Curtis herself that her crew had enough material to begin assembling a Season 8, the idea of Rehab Addict canceled seemed like a remote possibility indeed.

However, Curtis’ Facebook update from just a couple of days ago seemed to suggest the opposite:

whatever my future holds -I take pride knowing that I’m surrounded by real.we are finishing up what may be the last few…

Thats a wrap… Had one hella crazy week with some of the most dedicated and hardworking people I've ever met… Love and a little luck brought us through. Seeing this amazing, hilarious and beautiful little girl smile made it ALL worth it… @detroitdesign hats off to you kiddo (not literally) you sure do have your moments #teamtessa #lovewins

some just don’t understand it’s easier to bypass bs. Instead of taking the easy solution, they insist on difficulty.

For now, you can catch new episodes of Rehab Addict Wednesday nights at 9 PM EST on DIY.