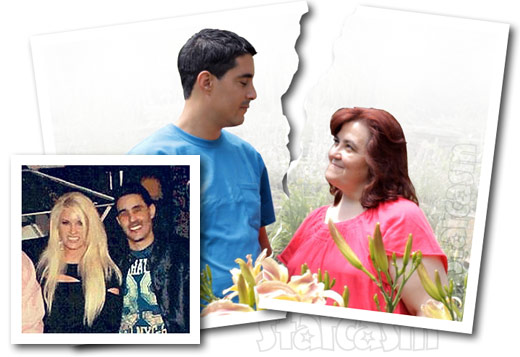 In “big surprises that come as no surprise” news, controversial 90-Day Fiancé couple Danielle and Mohamed Jbali have officially split. The potential final straw for Danielle was apparently when Mohamed moved in with her female friend and former coworker. I say “potential” because the couple is reportedly trying to arrange an appearance on Dr. Phil to work through their relationship issues and save their marriage.

UPDATE – More DanMo info, including Mohamed moving to Miami and Danielle insisting she didn’t cheat on him.

It’s been a little while since we checked on Ohio’s Danielle and her Tunisian lover Mohamed, so I will try to fill in the updates chronologically. I will start with the last known photograph of Mohamed and Danielle together, which was a very American Thanksgiving outing at Golden Corral: 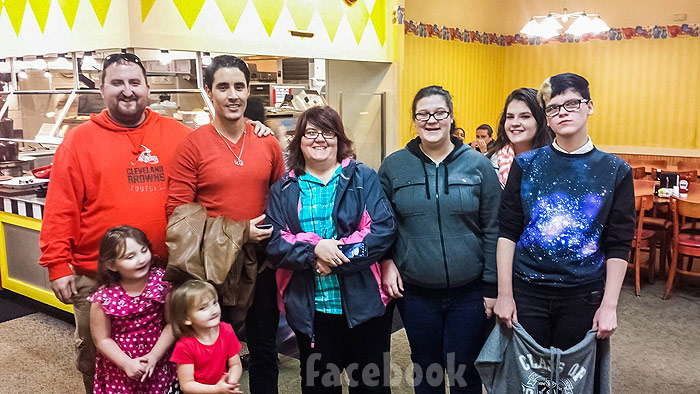 The first indication that “the relationship that never was” had officially ended came in mid-December when Danielle announced a GoFundMe account to help raise money for car repairs. After being questioned repeatedly about the fundraising campaign, Danielle responded, eventually revealing that her and Mohamed had split:

If you can donate please help but if not that is fine to. Please don’t leave negative comments. There is stuff going on with me and my girls. Right now I want privacy so we can begin the process to heal. When I am ready, I will make an announcement what (is) going on

So since people are being so hateful on other pages and groups. Me and Mohamed are splitting. I will not comment any further on the matter. Please allow me and my kids our privacy to heal and move on with our life.

In late December, Mohamed shared this next selfie while on an airplane, apparently headed to Miami, Florida for New Year’s Eve: 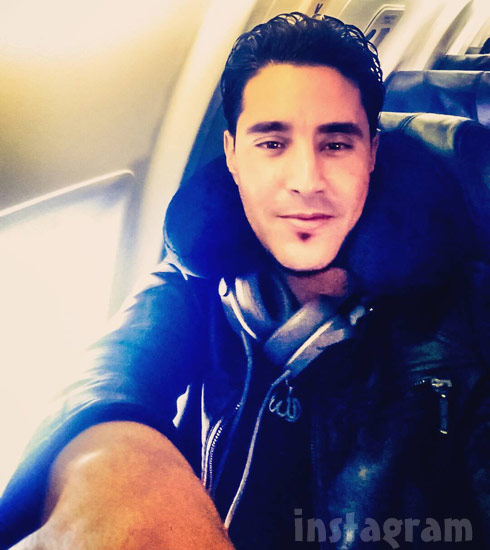 On December 31, Danielle spoke with local news outlet The Norwalk Reflector and confirmed the break up. “Yes, he has left the house,” Danielle revealed. “He’s in Sandusky. He’s staying with a coworker. We’ve split up but the (divorce) papers have not been signed yet.”

Danielle once again put a lot of the blame for their relationship woes on social media — both the negativity as well as the tidal wave of woo being pitched at Mohamed. “Girls have been throwing themselves at him,” Danielle said. “He’s good looking and young and all these women want to date him. … Some people just want to know what’s going on, but there are actually people out there who just want their 15 minutes of fame and they think that because we were on TV they can get it here.” 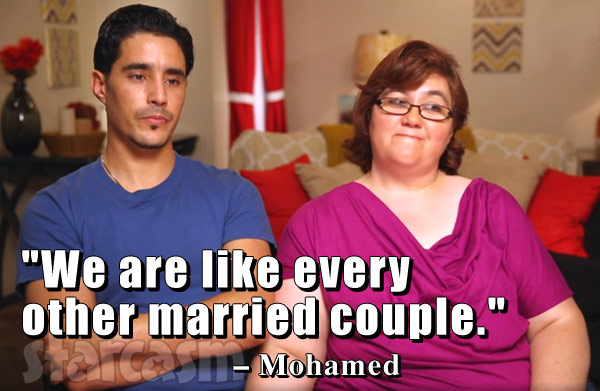 So why doesn’t Danielle just stay off of social media entirely? “I tried for a whole week,” Danielle said. “But it didn’t work. They find you. A few people got my email from my Facebook page and emailed me. I’ve had to change my phone number two or three times. Some have even taken things to immigration. They’re very resourceful.”

After the Reflector article, things remained relatively quiet from Danielle and Mohamed, with only an occasional text graphic about forgiveness or loneliness posted here and there. Then, on the day before Valentine’s Day, Mohamed returned to Facebook to proclaim, “Moving to my own place soon ‘more privacy and freedom’ ???” The post was tagged with the “feeling happy” mood. When asked if he is single in the comments section, Mohamed simply responded, “separated.” He later flexed his growing adage muscles by writing: “loneliness is not being by yourself, loneliness it’s when you are in a very tough situation but no one is there for you.”

The day after Valentine’s Day, The Reflector posted another article with an extensive update from Danielle.

Danielle iterated that Mohamed had moved out to live with one of her former coworkers. From The Reflector:

The woman, who was married to an Egyptian man at the time of episode, was featured in an episode of 90 Day Fiancé, where she gave Mullins advice on food preparation, culture and customs. The pair were friends for about 10 years, according to Mullins, who said they worked together at Renaissance House assisting those with developmental disabilities.

Danielle is asked whether or not Mohamed and the woman were having an affair, but she reveals she does not know for certain. “I have no proof,” Danielle says. “But he’s been staying with her and she never told me he was there and she’s been saying things behind my back.” 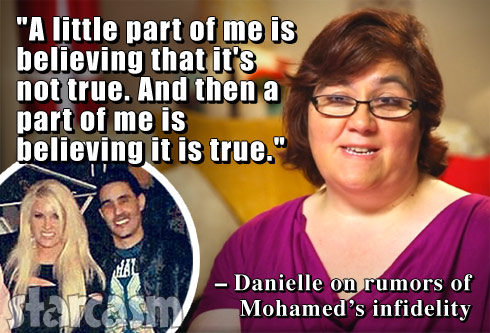 So has Danielle had any contact with Mohamed recently? Apparently not any more than the hundreds of ladies hitting him up online as it has only been via email. So what is Danielle’s outlook on their relationship? “It’s hard saying if we’ll work things out,” she says. “His emails are different every time. Like, he needs to get his replacement green card and I offered to help and his reply was: ‘Well then you can’t hold this above me.’”

But Danielle is nothing if not hopelessly optimistic, and she reveals that DanMo are currently in talks to appear on Dr. Phil to save their marriage. “I think he could help us,” Danielle says. “I’m talking with their people and there’s no date set in stone yet. We have to get it OK’d by TLC to talk about things that happened on the show.”

I’m sure you’re wondering what the split means for Mohamed’s green card status. “He’s on a two-year conditional green card,” Danielle says. “He needs my signature or some other kind of proof to show he didn’t violate the conditions. They don’t usually accept anything unless it has both signatures. So I don’t know how he’s going to prove it, because they won’t take any of the past paperwork that’s already been done.”

Fast forward to earlier today when Danielle made her official return to Facebook with this message:

I am reopening this page to share my story with fans. Is it right a muslim man goes on trips with women and live with a woman. What would you think if your spouse left 3 months after getting conditional green card.

Mohamed was also active on Facebook today, sharing this group photo from Miami “with my friends” in which he can be seen with a blonde woman: 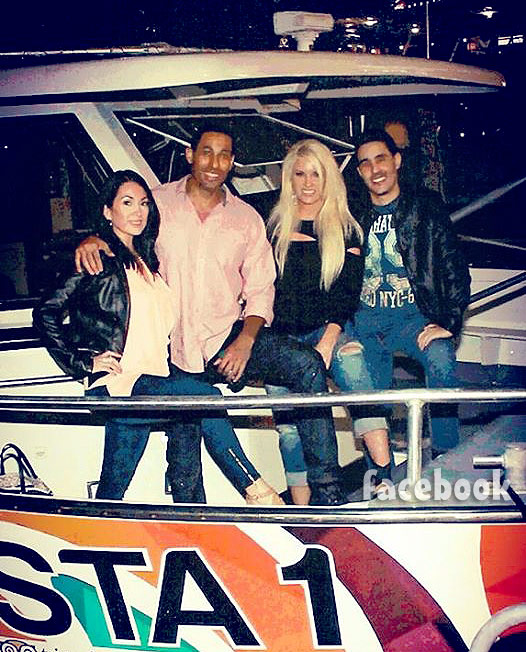 I think that pretty much catches us all up to speed on the latest installment of “90-Day Fiancé Where Are They Now? Danielle and Mohamed.” Of course, we will continue to update if there is any new information.