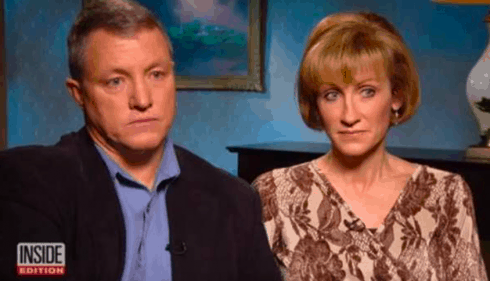 The real life love story of Kim and Krickett Carpenter inspired the popular 2012 film The Vow starring Channing Tatum and Rachel McAdams. Now the couple are now divorced after 25 years because Kim cheated.

While the movie was romantically exaggerated, Krickett did suffer amnesia after a car crash that erased her memory of her relationship with her new husband Kim. Unlike in the movie, where Rachel McAdam’s character falls in love with the husband she didn’t remember, Krickett decide to stay in the marriage because she made a vow before God.

Krickett initially “chose” to love him, but over the years her feelings for him did grow. The couple had two children together. However, Kim was the one who ultimately broke their vow. Krickett told Inside Edition: “Kim was having an affair. I never thought that’s the road I would go down because I made a vow for life.”

Krickett was utterly shocked that Kim was so cavalier with the vow of marriage that she held so sacred.

“I owned it, I took responsibility for it,” Kim says of how he responded when Krickett confronted him about his unfaithfulness earlier this year. The couple separated for a while and and ultimately decided to go through with a divorce.

“I’m thankful for the 25 years that I had because I have two amazing children and we had so many great times together,” Krickett says. Despite all the heartache, she says she still believes in love.

Is there going to be a Downton Abbey movie?

Where was Crimson Peak filmed? Is there a real Allerdale Hall?