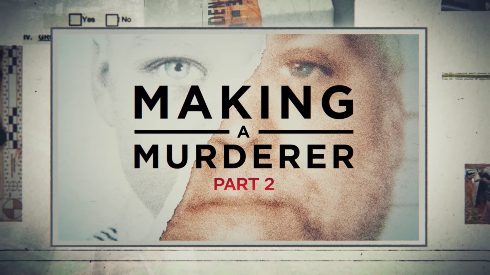 The Nexflix docu-series Making a Murderer become a worldwide phenomenon after its release in December 2015. The twisted story revolved around Steven Avery and Brendan Dassey who were convicted of murdering Teresa Halbach in 2005. Audiences were torn over whether or not Avery committed the murder or if he was framed by the local police.

Making a Murderer drew so much attention to the Avery/Dassey case that a new legal team has been working to exonerate both Steven and Brendan. In June of 2017, a judge ruled that Brendan’s confession was coerced by police investigators, and he should be either released or re-tried.

The docu-series also received critical acclaim winning various awards including four Primetime Emmys and taking home the coveted “Outstanding Documentary or Nonfiction Series”. Given the popularity and cultural impact of Making a Murderer, there was no doubt a sequel would be made.

It’s been two and a half years since the announcement that Netflix was planning a follow-up series, and the details are finally here. Yesterday, Netflix released the official Making a Murderer: Part 2 trailer. Check it out:

Clear your calendars because Making a Murderer: Part 2 will be released on Friday, October 19th on Netflix.