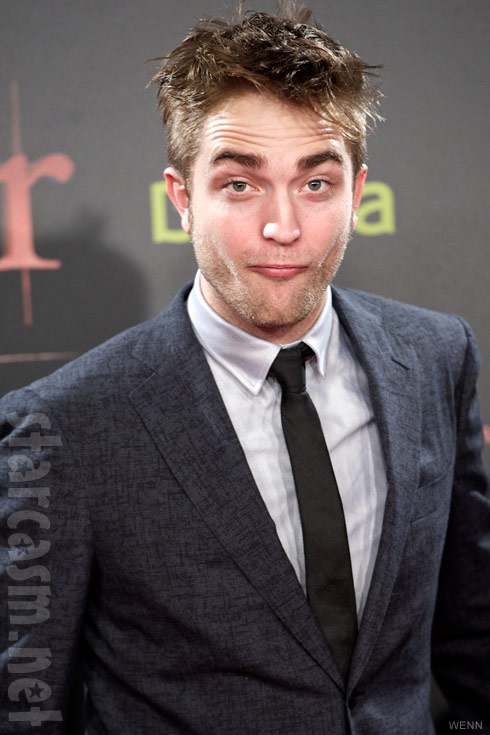 Even being the star of the biggest movie franchise on the planet can sometimes get monotonous, or at least that’s the impression Robert Pattinson gave when he put on an amazing display of facial expressions at the premiere of The Twilight Saga: Breaking Dawn Part 1 in Barcelona, Spain earlier tonight!

The wild-haired heartthrob must have gotten a wild hair to act out every human emotion as the cameras snapped away, perhaps as an inside joke with his gal pal Kristen Stewart, who spawned an internet sensation with her “Emotional Chart” a while back. Either way, the result was damned entertaining! And there were so many great photos, I couldn’t pick just sixteen, so here are 23 lil R-Patz so all our Twihards can create their own custom Edward Cullen emoticons just in time for the big release of Breaking Dawn Part 1 this weekend!

Ah what the heck! Here are a few more all zoomed in… 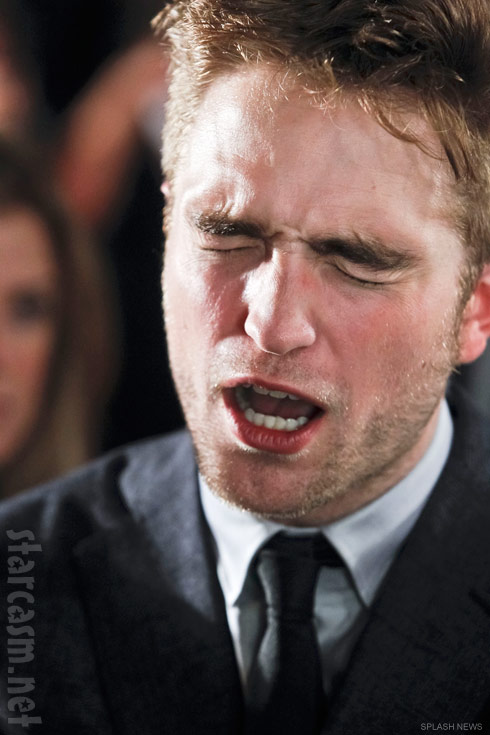 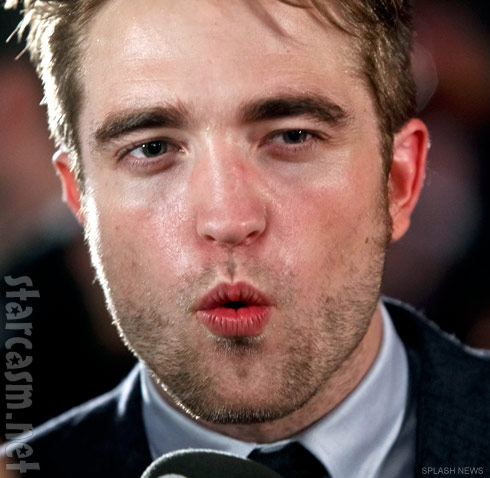 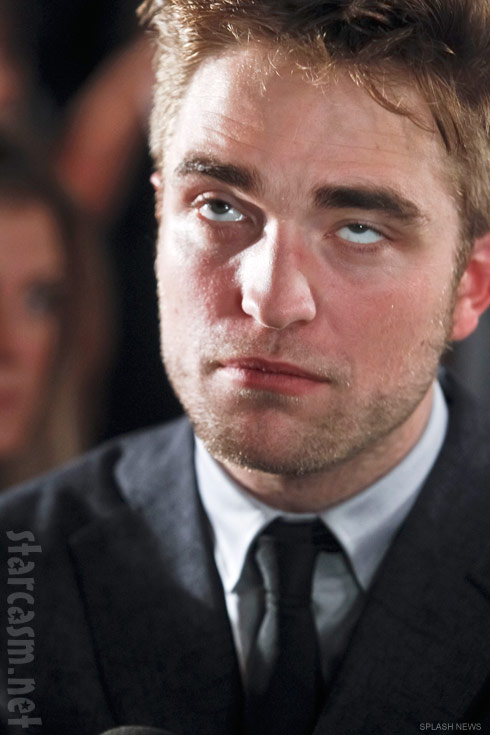