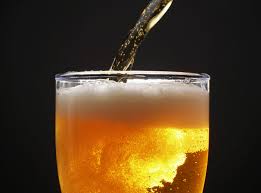 This odd story puts a whole new twist on “beer belly!” A 61-year-old man from Carthage, TX came stumbling into the hospital complaining of dizziness, but it turned out he was just drunk. The only problem was that he claimed he had not touched a drop of alcohol!

This wasn’t his first strange episode with unexplained drunkenness, it had become quite a problem. His wife thought he was a secret alcoholic, and bought a Breathalyzer to monitor his blood alcohol levels.

He was adamant that he wasn’t drinking, so a medical team searched his belonging for alcohol and decided to run some tests to find out what was really happening with him. The doctors monitored his blood alcohol levels and fed him carb heavy foods. At some point his BAC (Blood Alcohol Level) reached 0.12, which is well over the U.S.’s 0.08% limit for driving.

Eventually they discovered he had a saccharomyces cerevisiae (a type of yeast) infection in his intestines that was converting any carbs he ate into alcohol. The doctors who cracked the case, Cordell and McCarthy, coined the condition “auto-brewary syndrome.”

Saccharomyces is the same thing as brewer’s yeast, and we eat it all the time. In fact, some people actually take a strain of the yeast as a supplement. Most of the time, the yeast passes through us, and right now this particular infection, or overabundance of yeast, is just a single case.

I’m sure to some this condition would be considered a dream come true, but it’s definitely not healthy to have a steady, and almost uncontrollable blood alcohol level all day.

Model sues for $10 million after appearing naked on Dating Naked